Polynesian tattoos became popular in Europe not so long ago, in the first half of the XX century. Of course, they become a matter of fashion and style due to their sophisticated, unusual for the conservative culture and beautiful ornament containing spirals, waves, zigzags, geometrical figures etc. The popularity of the style remains and even grows nowadays, a lot of celebrities are fond of such tattoos.

However, not so many people think of the origin and original meaning of Polynesian tattoos. They used to serve not just simply the artistic way of decorating people’s bodies in the archaic Polynesian culture. All these body drawings had deep sacred meanings. The connection with a world of gods and spirits was accomplished with the help of them.

The process of tattooing used to be a special sacrament, a ritual for only the priest to maintain. Every drawing had its own meaning influencing on the fate of its owner. Such a perception of the body art in Polynesian culture came from the culture of ancient Maori tribe and Maori tattoos.

Polynesian and Maori tattoos served as sort of a business card or even something more like a passport or ID card to identify one’s personality. It could give the fallowing information: a family the man belonged to, a member of which tribe he was, the social status and role in a community, a little bit of a biography, for example glorious deeds, what he is famous for etc. All these things could be encoded into tattoos and their combinations.

Old Polynesian tattoo designs found in old pictures and travelers’ journals look like an ancient woodcarving, not so much elegant and aesthetically beautiful, more like a meaningful element of a décor. Moreover, wood in old and especially totemic meaning was directly connected with human body these were two identities of one and the same.

According to old mythological beliefs, a human body had a similar structure as the world and Universe and in an astral sense was divided into several zones of the different energy streams crossings. These were the areas where usually tattoos were placed. They were basically covering up, for example, negative or bad luck energies to attract fortune and wealth, to make some corrections upon character, to change or improve fate, to overwrite the destiny with the help of a tattoo. The result of this manipulation depended on the drawing, its placement and symbols.

– A turtle stands for the protection, unbreakable energetic shell, which will not let any of evil forces into the life of the owner of such symbol. Also, it brings health, family happiness and longevity.
– The Sun means the eternity, the correlation and continuity of life and death cycles. It attracts vital warmth, happiness, goodness, success in all beginnings.
– A stingray is considered to be a powerful charm protecting from all bad things. It also gives the inner freedom, elegancy and beauty.
– A shark symbol gives power, authority, strong will and perseverance. It keeps the owner away from all possible enemies and all harm they can cause.
– A lizard (as well as gecko and iguana) gives its owner the higher arcane knowledge, gives the gift of prophecy, empowers supernatural abilities.

All these meanings remain nowadays. Even though it is the age of fast technological development, the sacral meaning of Polynesian and Maori tattoos had been kept on Islands and body drawings are used to connect with higher gods and spirits. 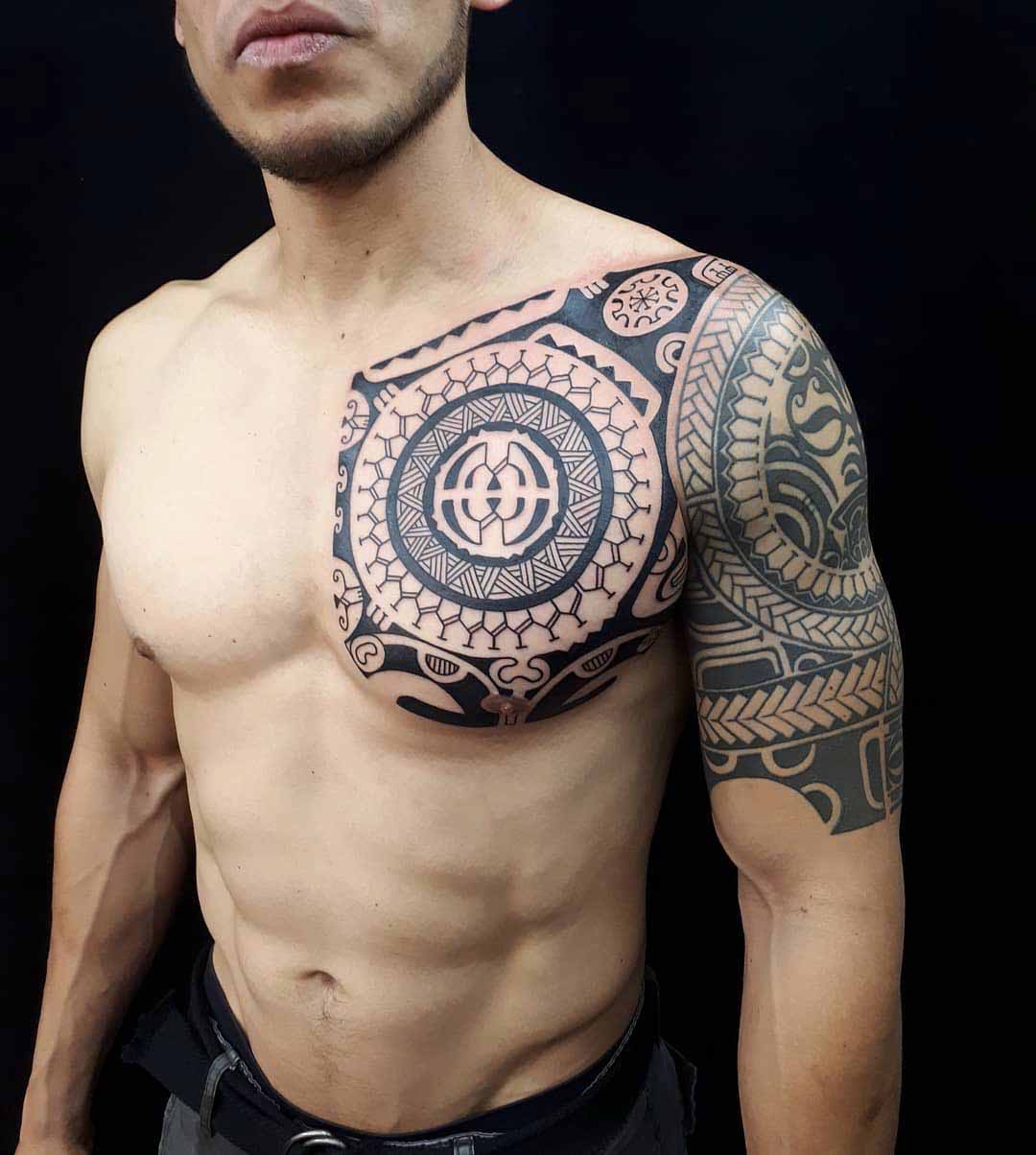 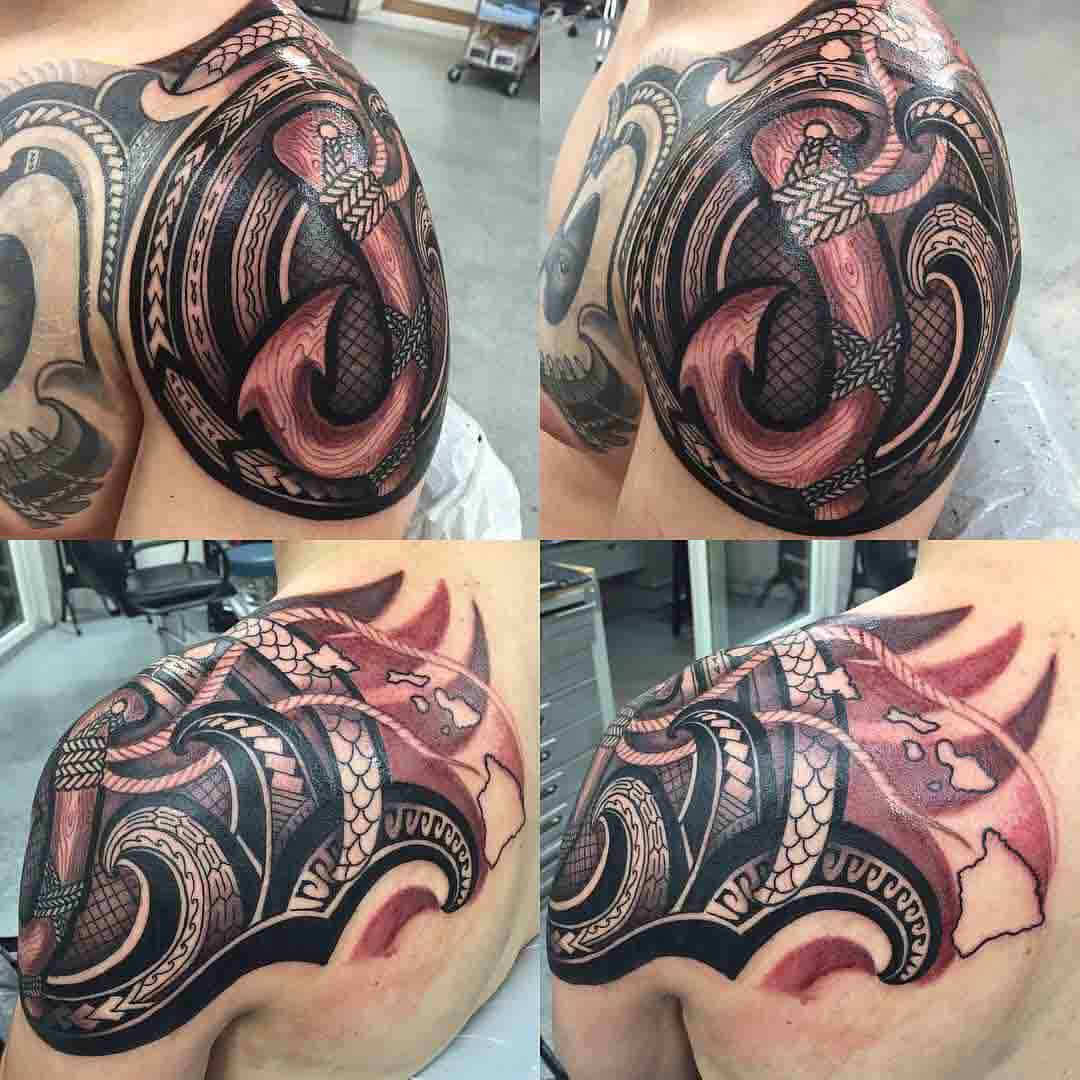 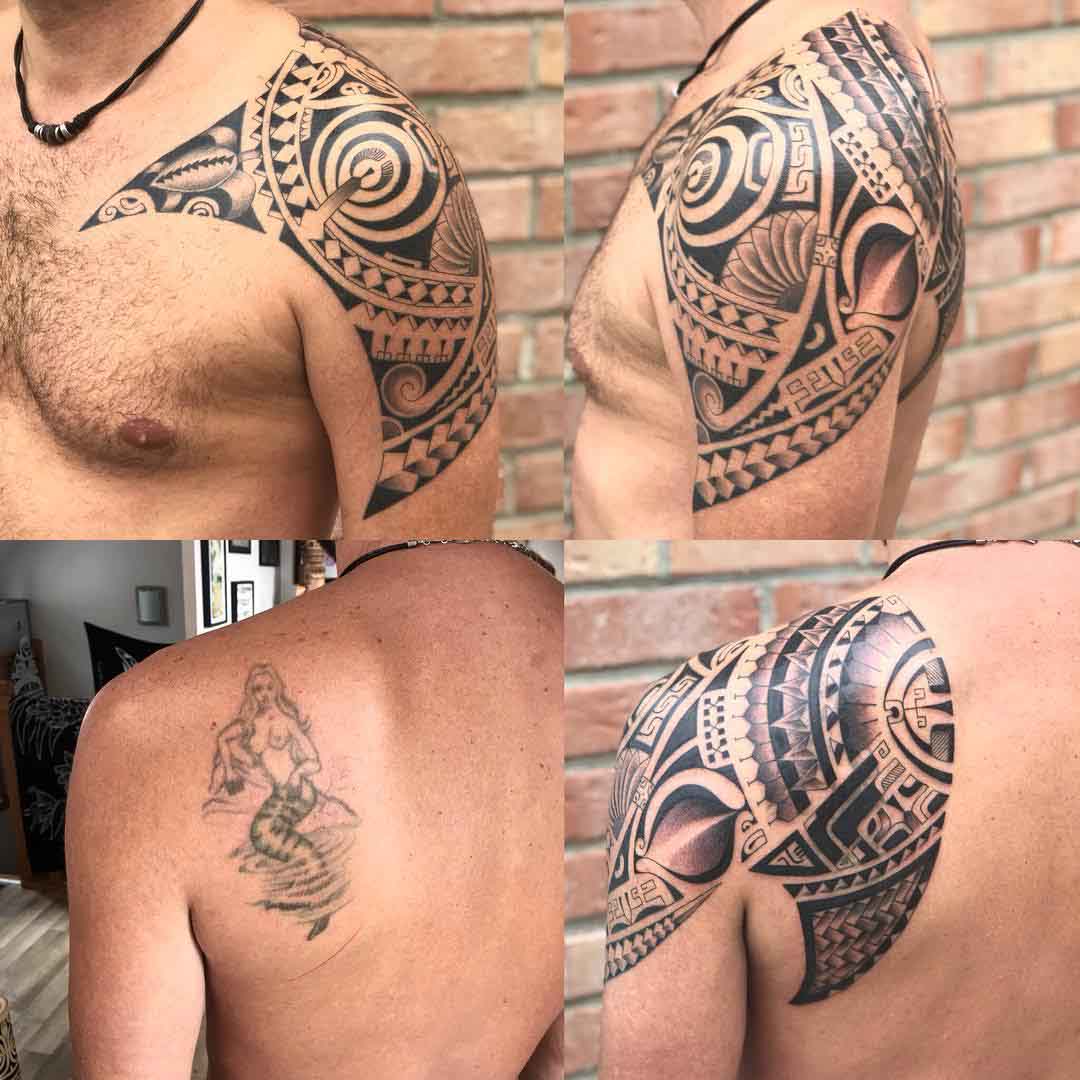 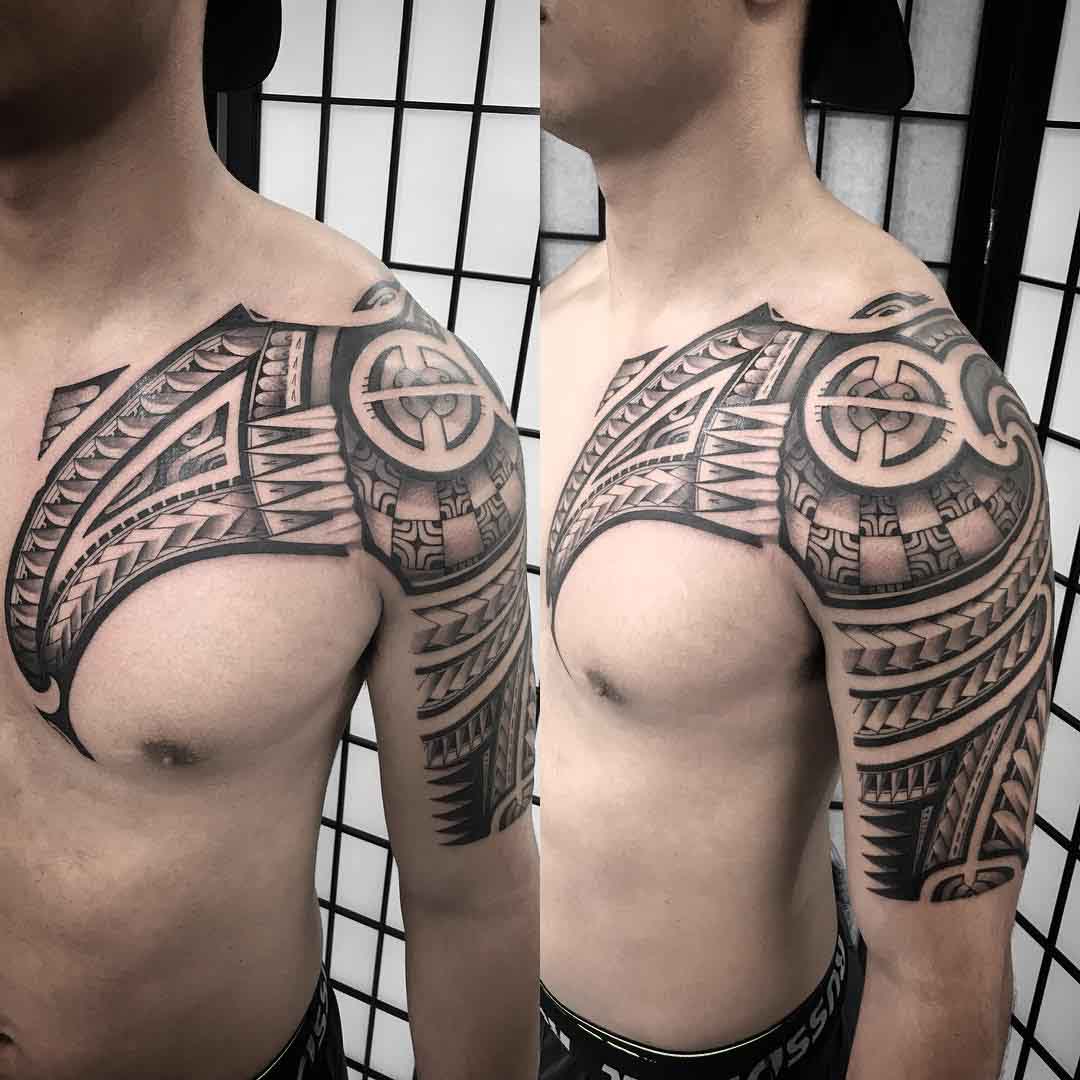 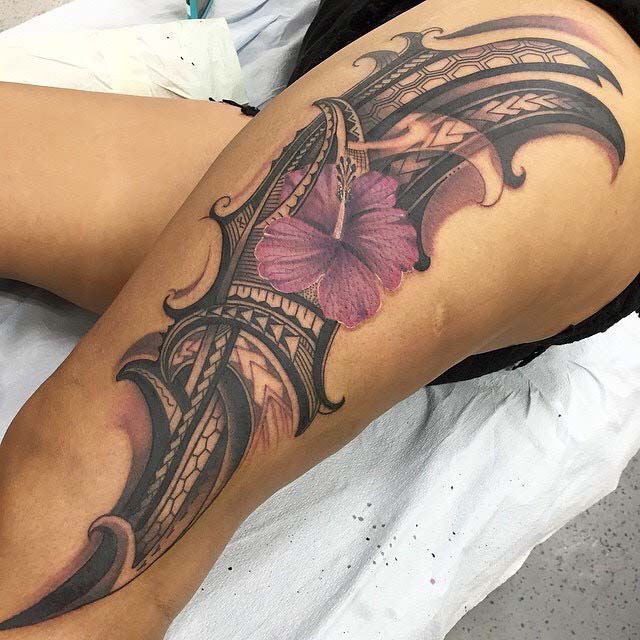 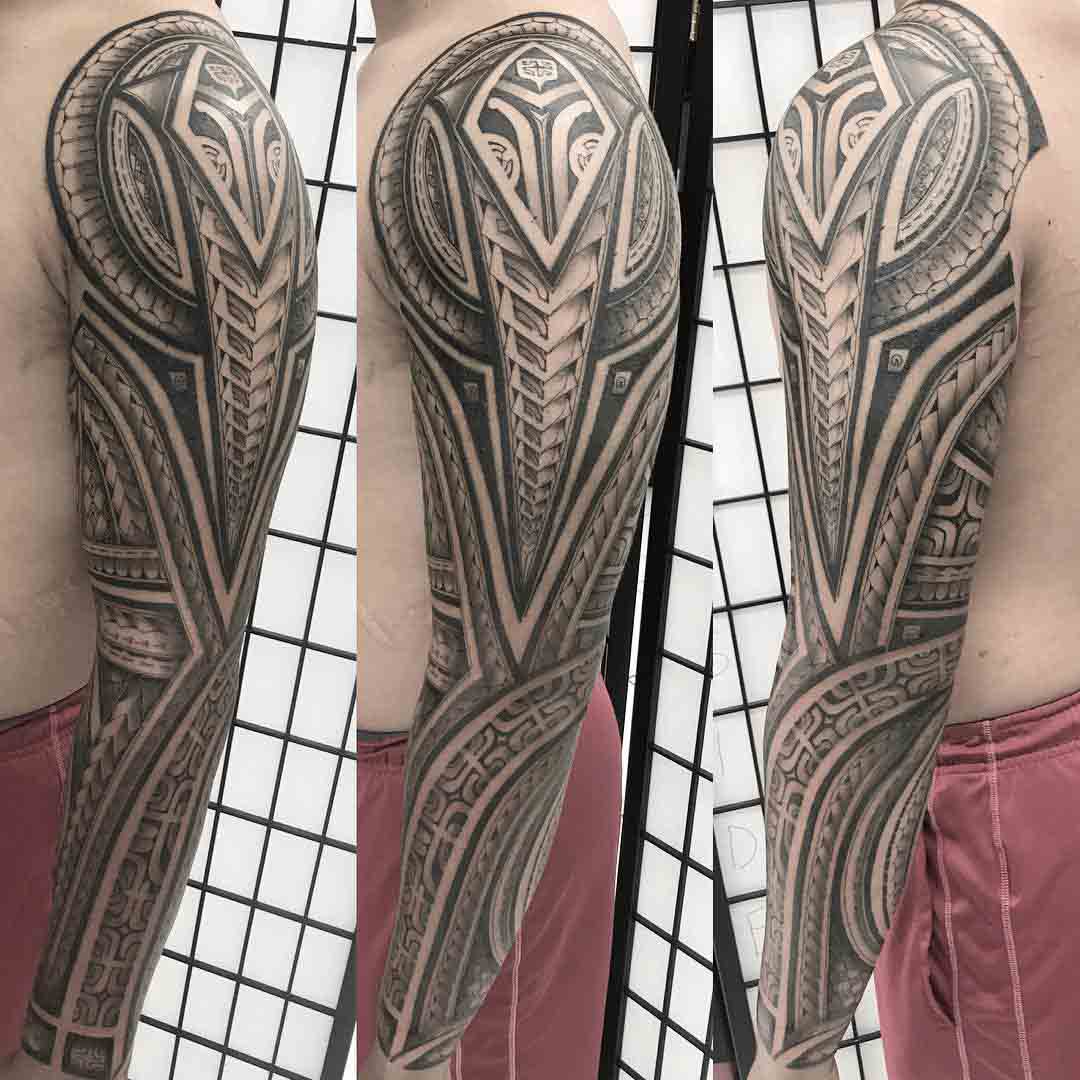 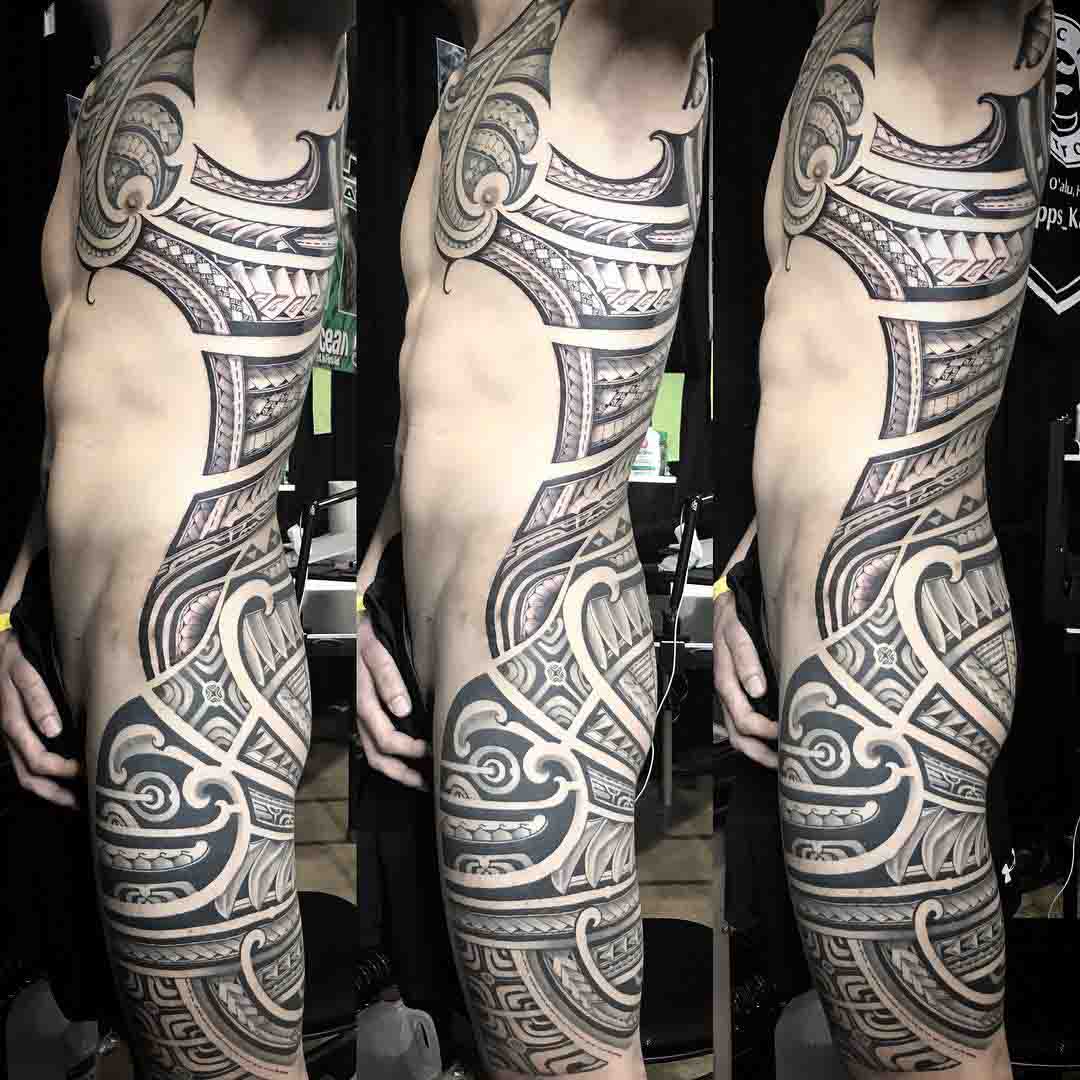 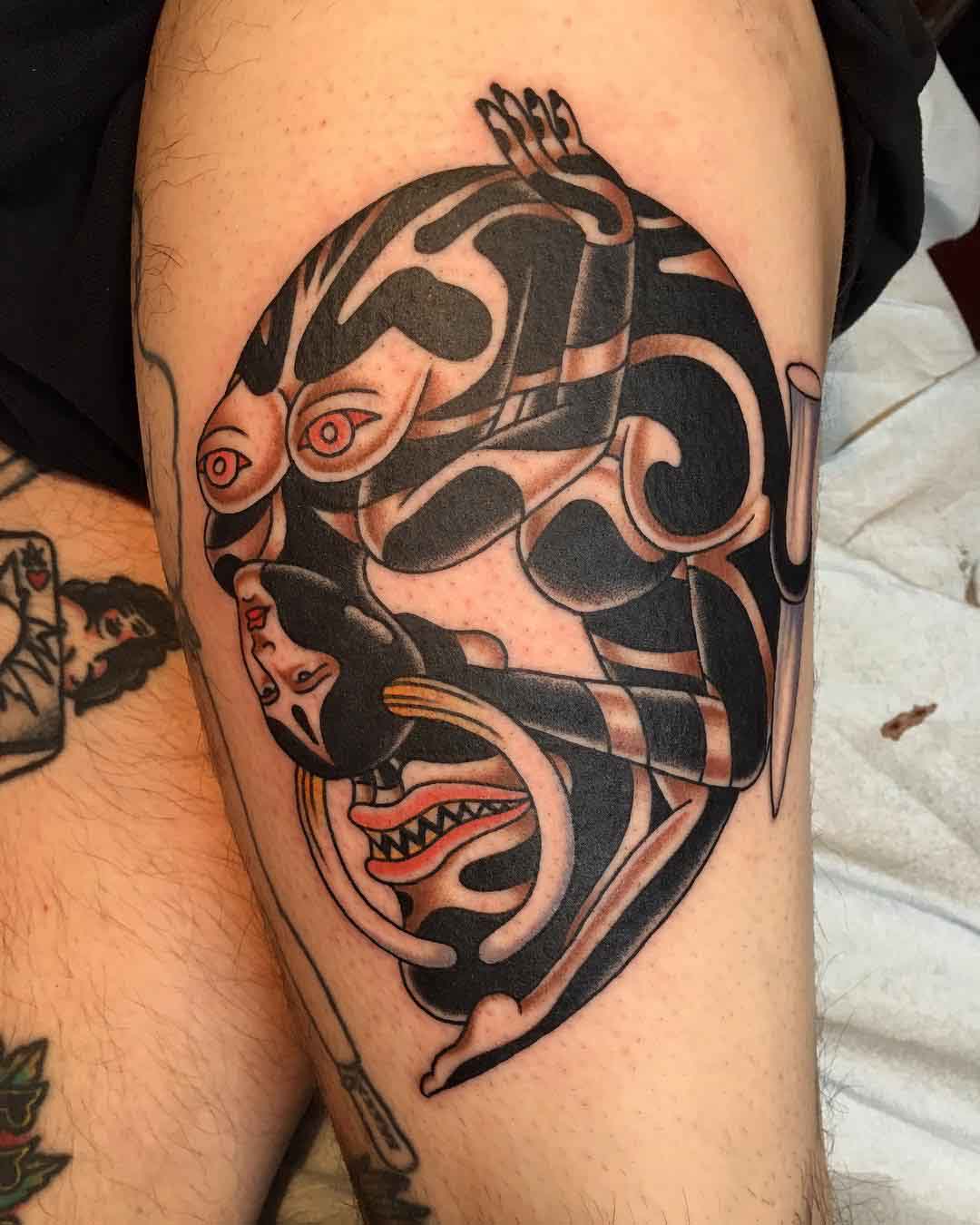 Polynesian Face of a Girl Tattoo 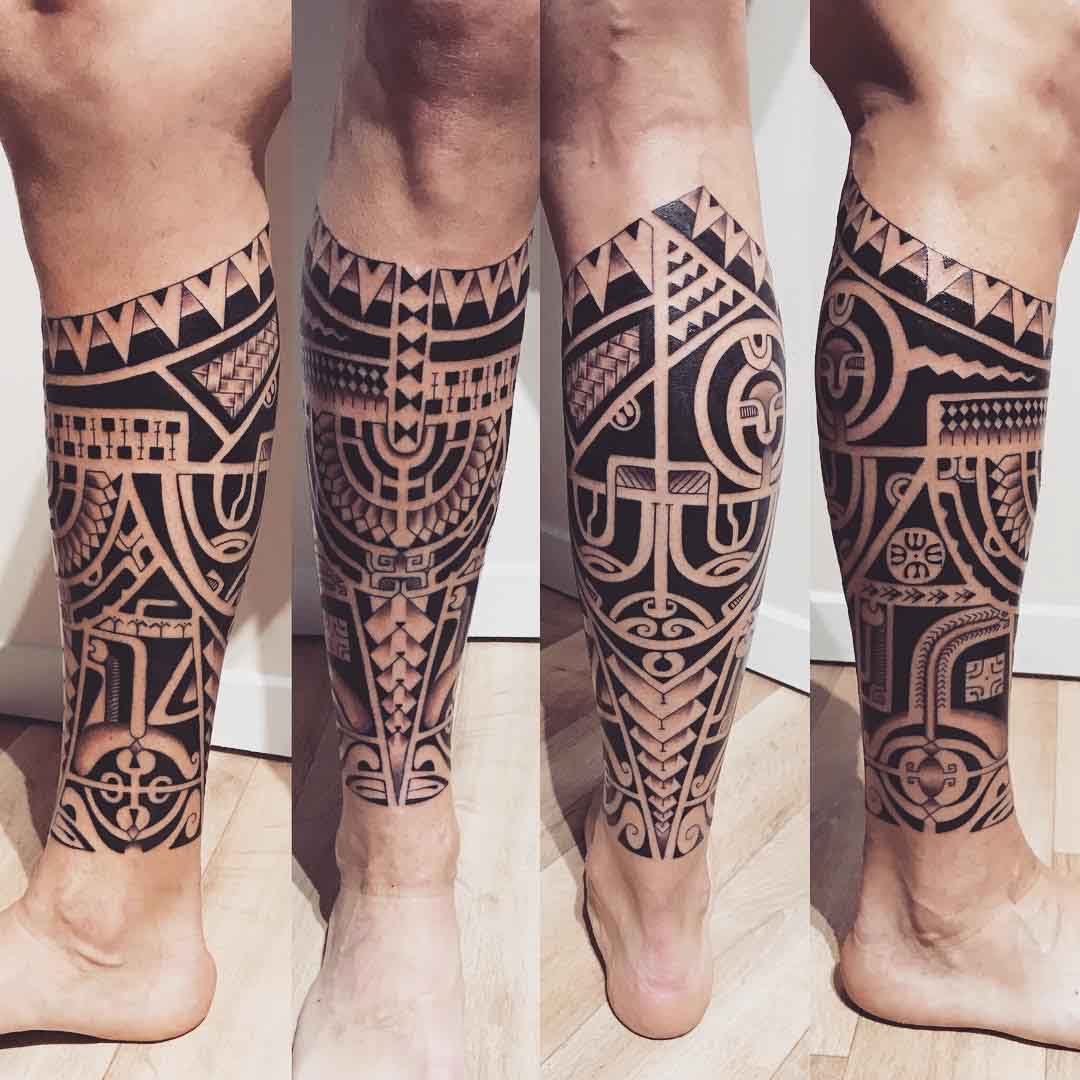 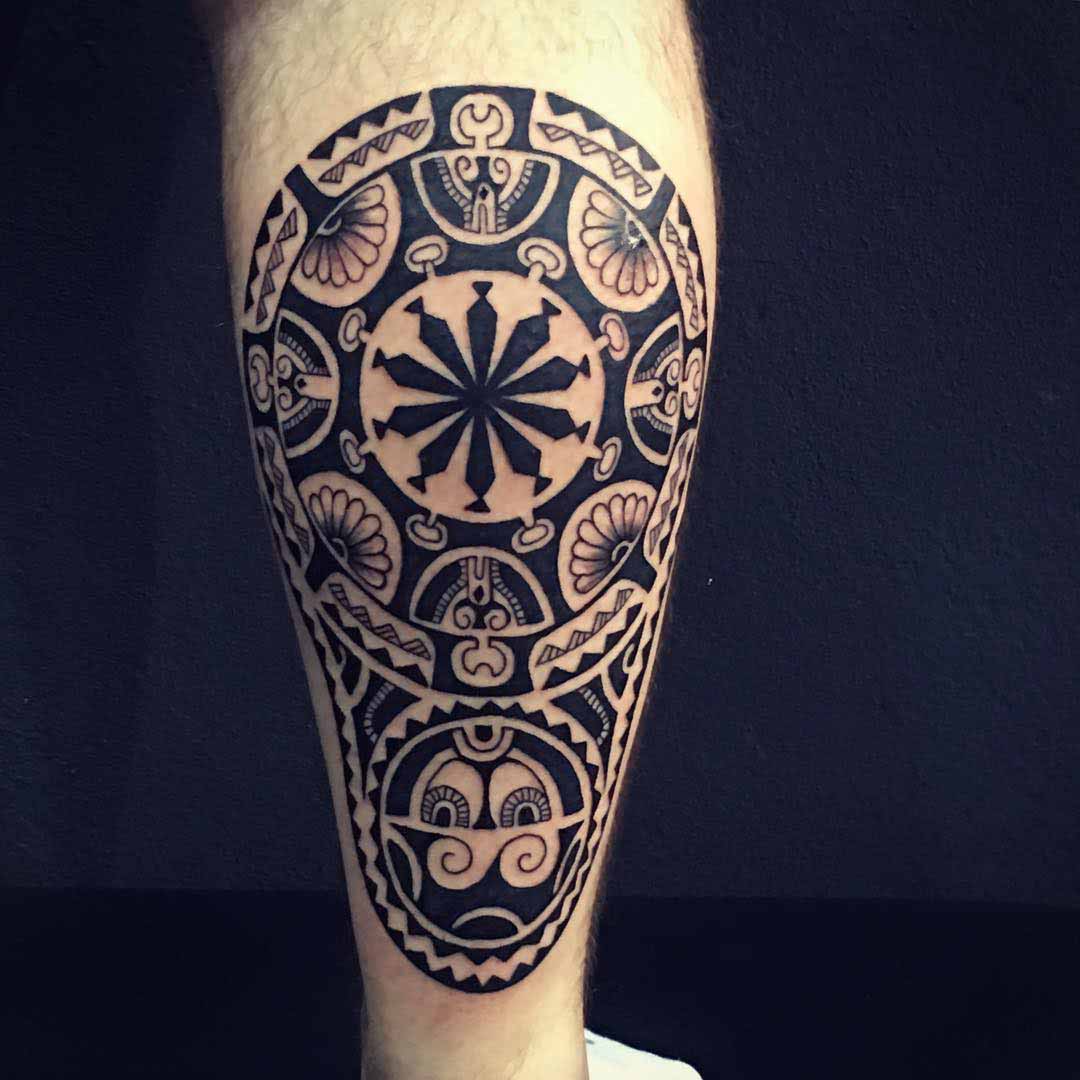 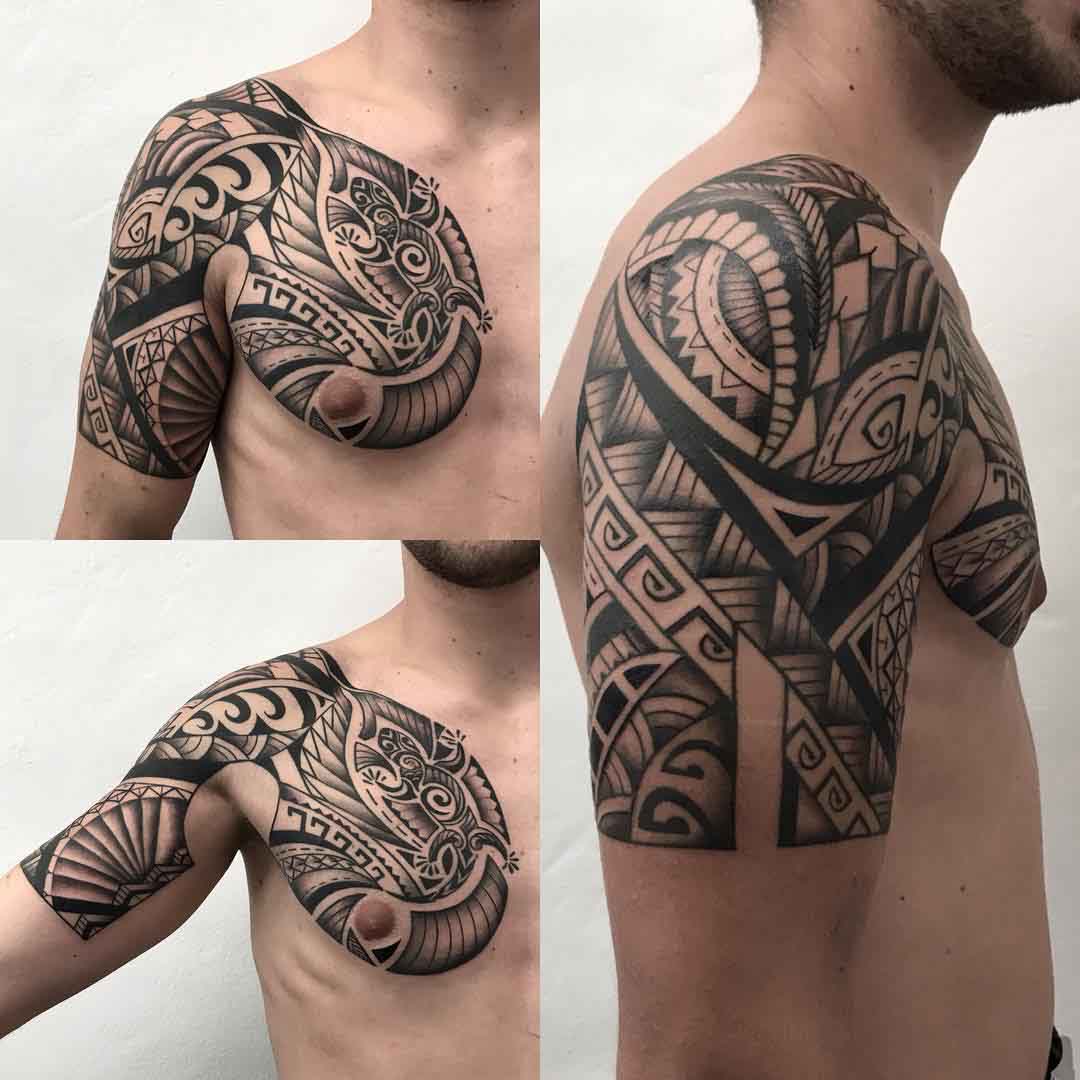 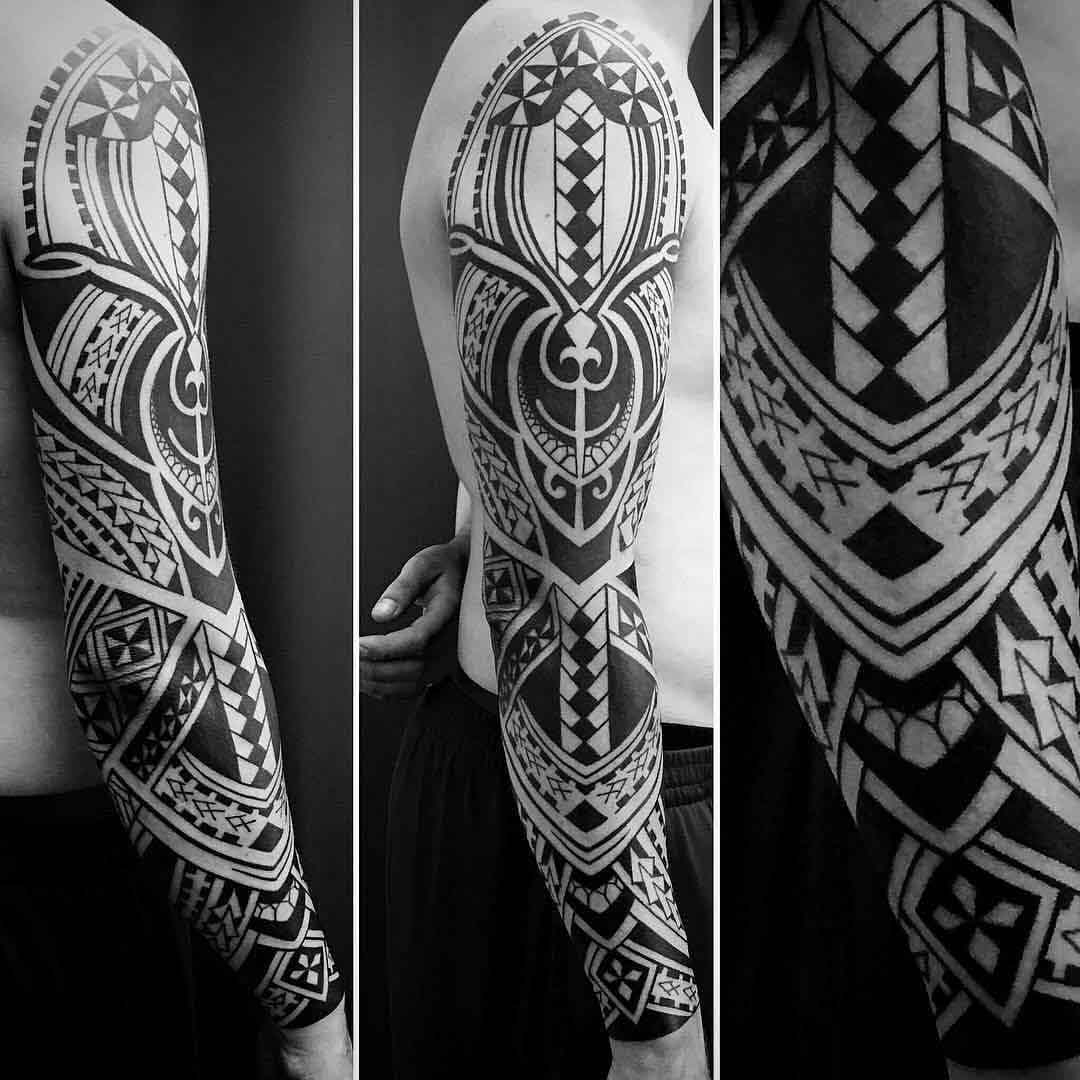 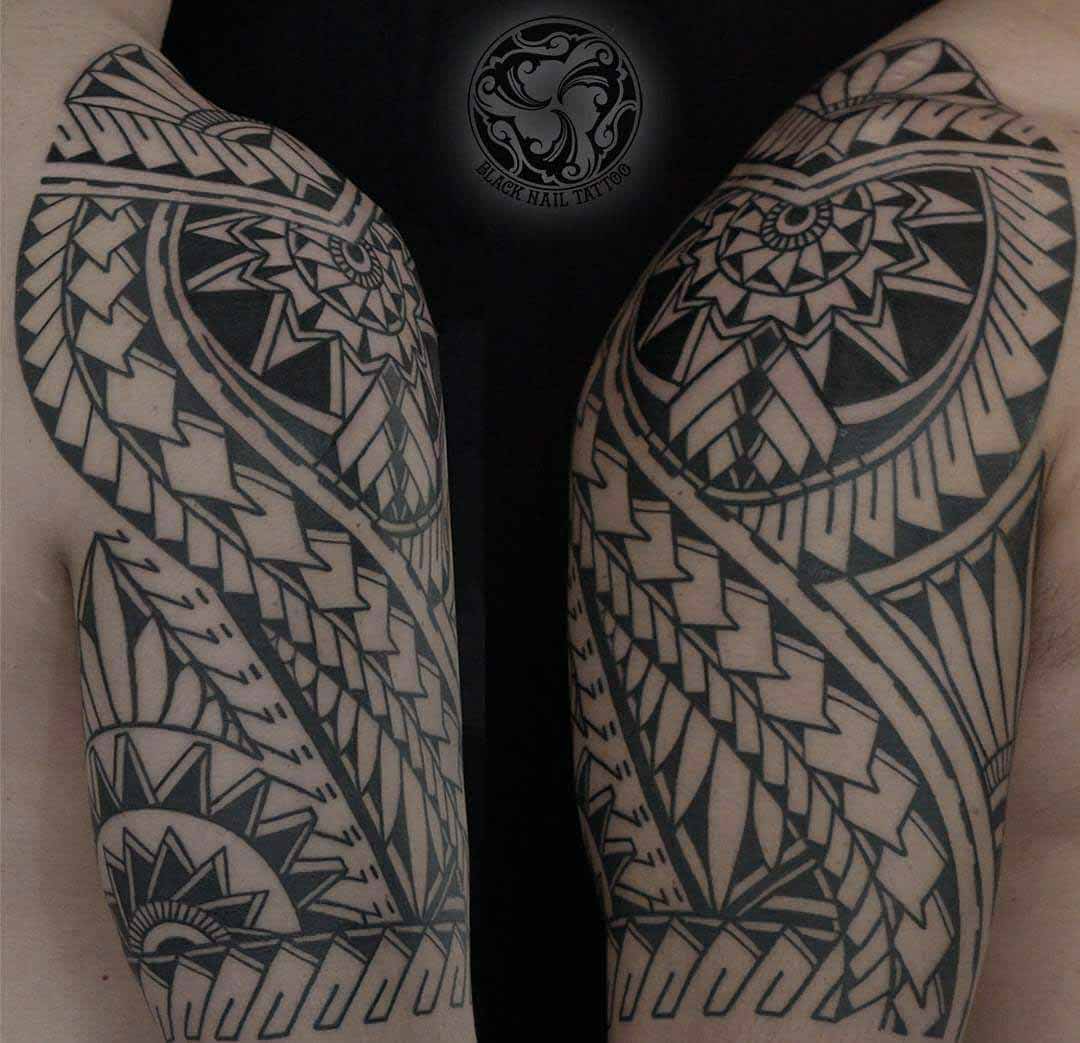 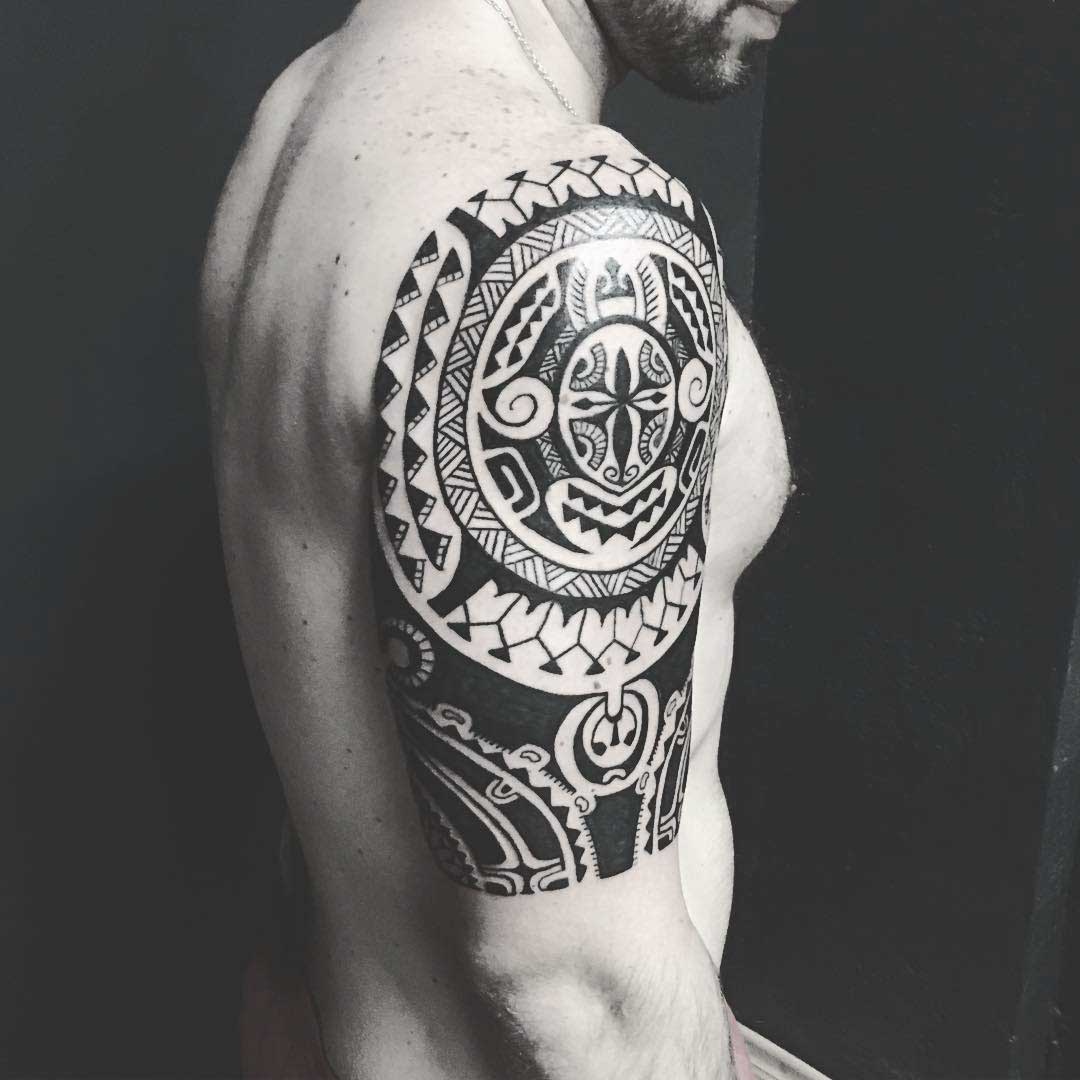 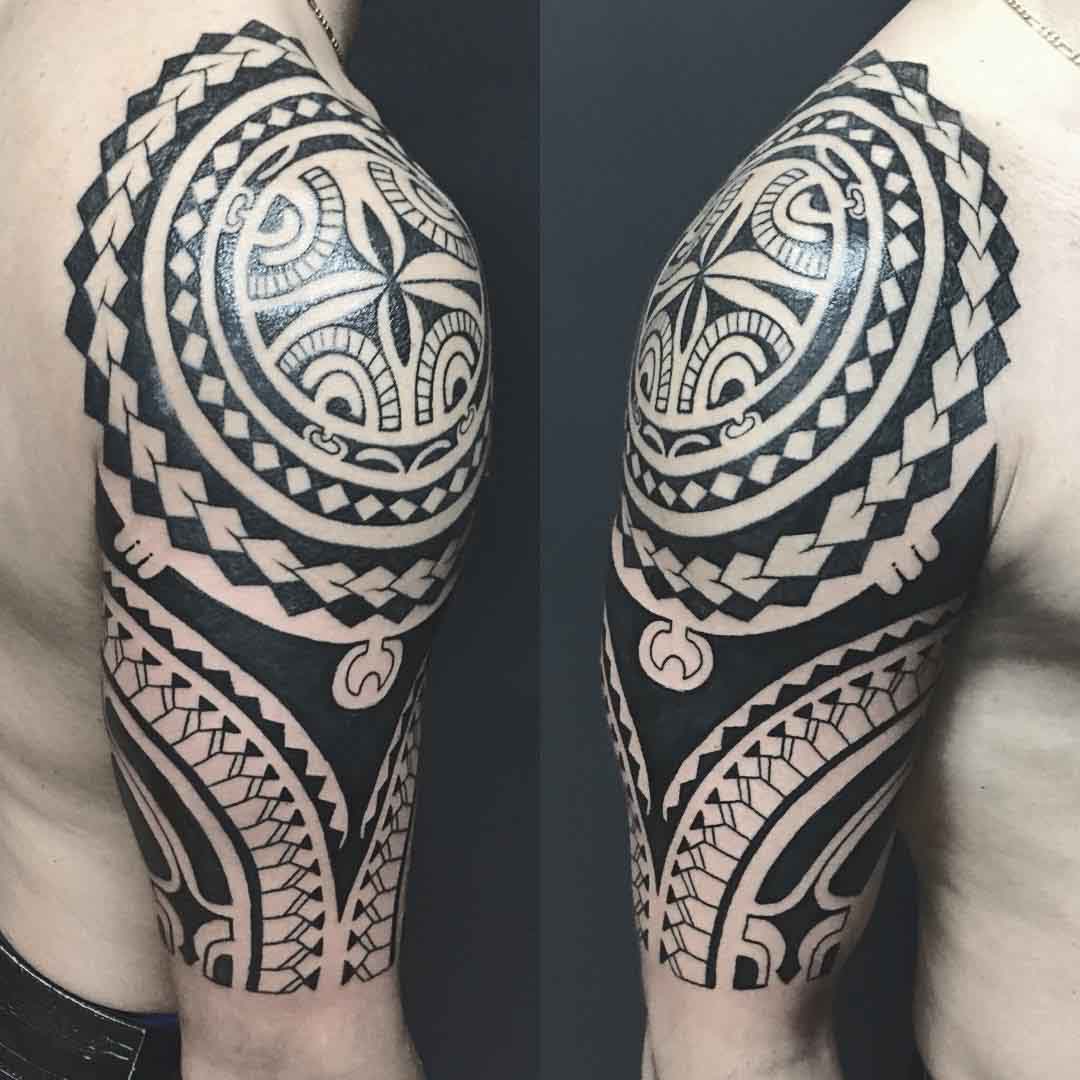 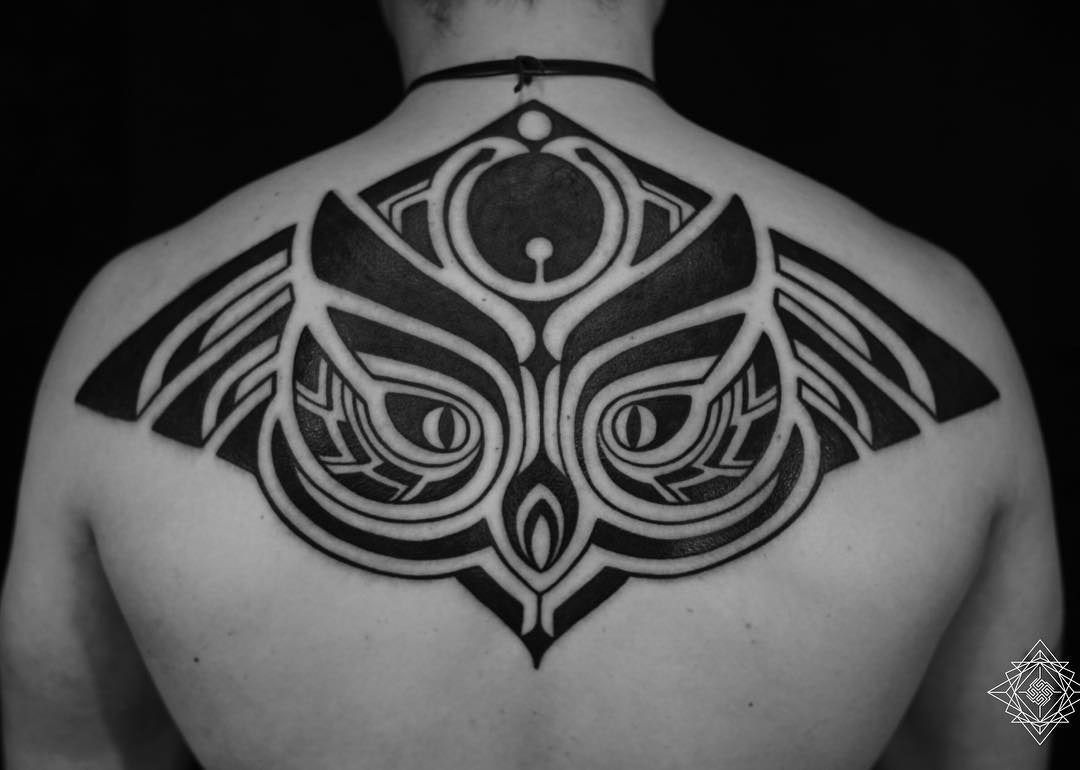 Tribal Owl Tattoo on Back 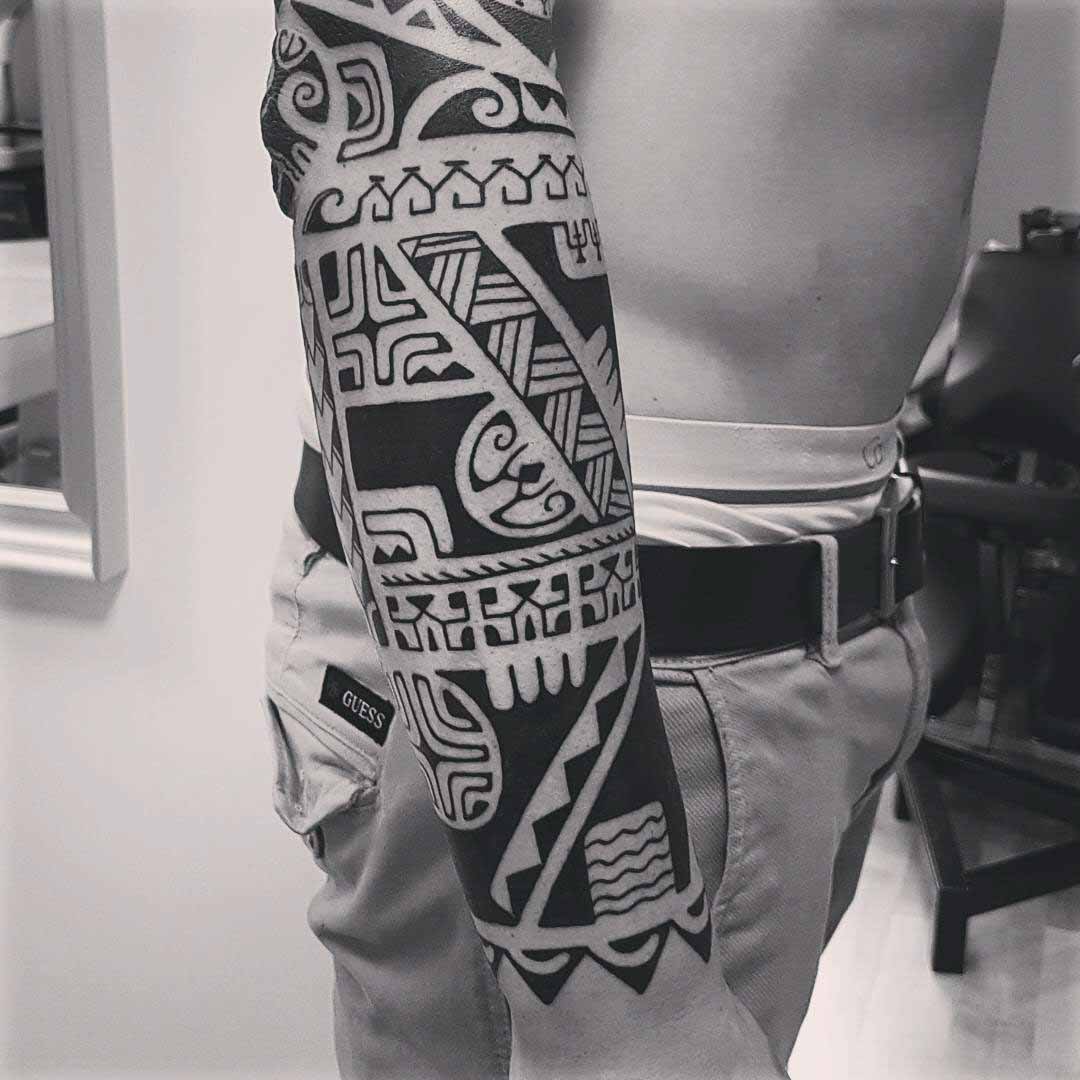 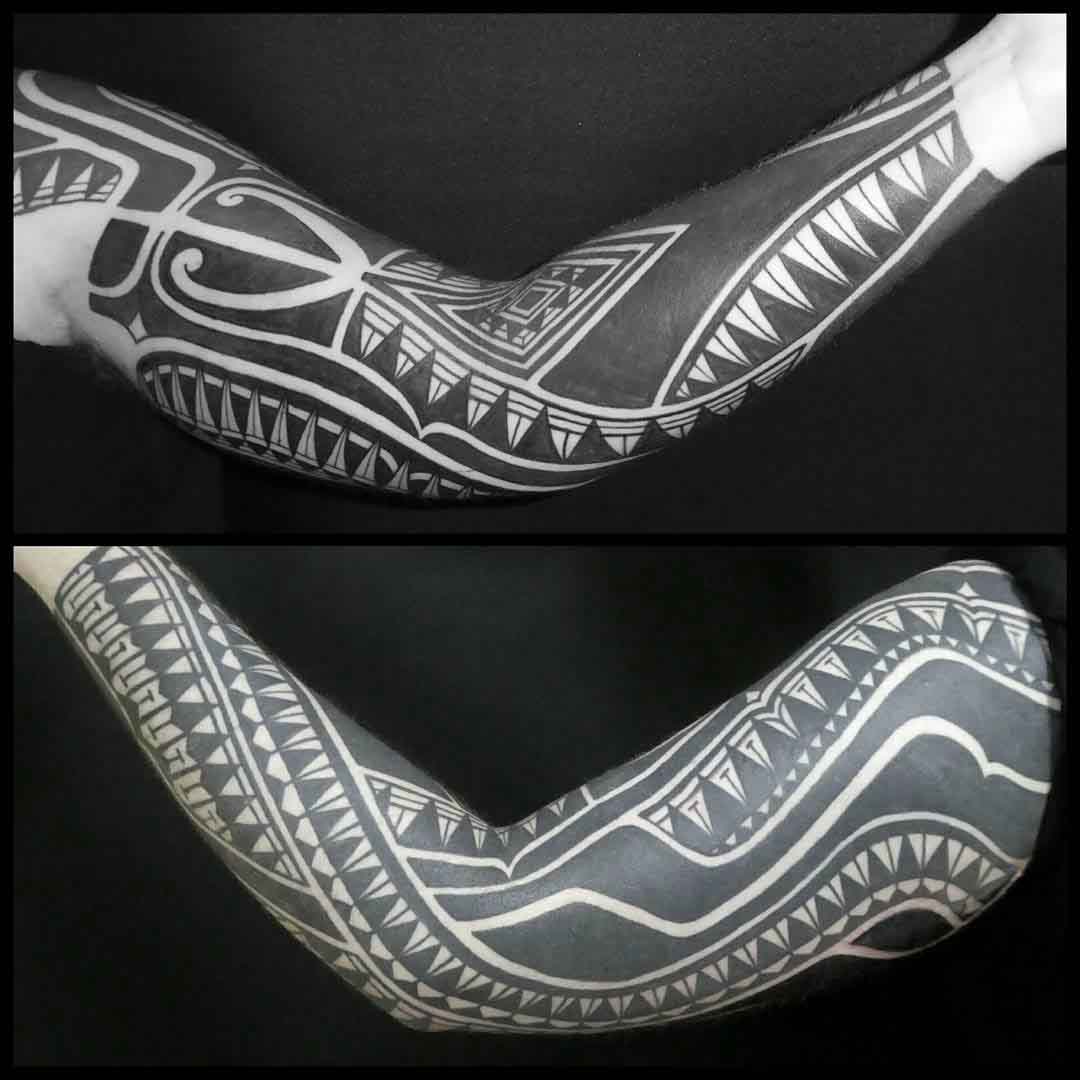