One of the best and the most optimal variants of the placement are considered calf tattoos. The point is that these particular areas are perfect to fit comparatively big and meaningful drawings. It means that everybody has an opportunity to use the unique method of decorating his or her own body. As it was a tattoo art that was much more fashionable than even clothing in good old days.

Dwelling upon calf tattoos for women, one of the most unique, original and memorable of them are definitely exotic floral designs. Mystical writings on some ancient unknown language also do look great on this spot. However, it is recommended before taking this step to confirm the translation of the text to be inked, as it can possibly go against your beliefs.
It’s hard to say that calf tattoos for men are less cool and less typical placement choice than for women. There are no strict rules and boundaries in this particular case. They suit well for both sexes and look marvelous!

Is it painful to make a calf tattoo?
To answer this question you have to remember one general rule: the process is less painful on the areas with a thicker fat layer under the skin. On calves, it would be not so painful like it is in some other parts of the body. Calf tattoos can be easily treated as one of the painless.
Aesthetical and practical sides.

Calf tattoos a commonly considered universal ones from the point of view of how they look. As it was told earlier they are unisex, so this is a good piece of news for tattoo lovers of all high, age, skin color and all confessions. And such tattoos do not create any kind of everyday problems from the point of view of their practical side and possibility to be hidden. Of course, if you wear short skirts, shorts or light dresses made of thin transparent fabrics, calf tattoos are easy to be spotted. However, they will not be a problem in the office with a dress code, just wear jeans or pants and the problem is solved.

There are no special separate designs for men and women. In this case, traditional drawings, different ornaments, and other traceries would look perfectly. Common recommendations are as follows
– for men – animalistic designs, silhouettes of different animals, biomechanical tattoos, skulls etc. A traditional, new school or watercolor styles are preferable for all cases except biomechanical calf tattoos.
– Women would like to have some design with stars, flowers or butterflies. But it’s not forbidden to make something unique.

We would like to mention another important thing about calf tattoos. There is one peculiarity about this area which should be considered before making the tattoo. The calf is a moving muscle with a vivid big curve of the skin surface. It means that the design would look convex which can be used to gain the maximum of profit.
This peculiarity is recommended be used as a good “canvas” feature for 3D drawings creation. Anyway, a lot of people do not take is into consideration making just flat designs, which, however, look also great.

So, calf tattoo – is a remarkable and unusual way to stand out from common people. They are universal, so they would fit for everybody. 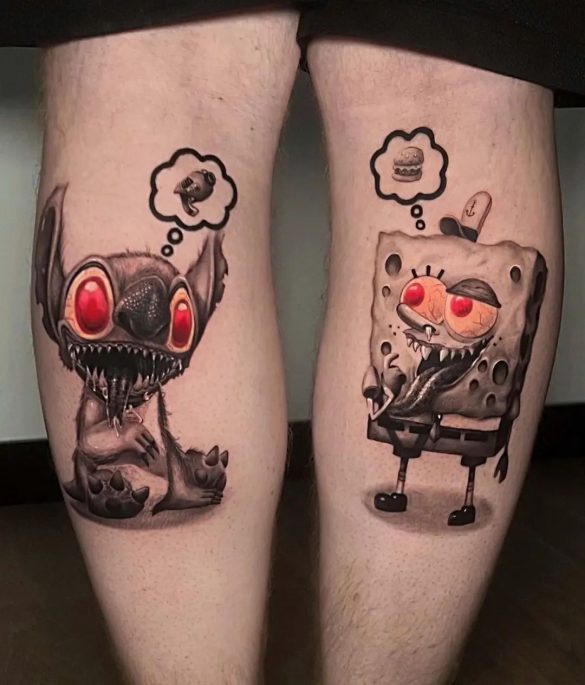 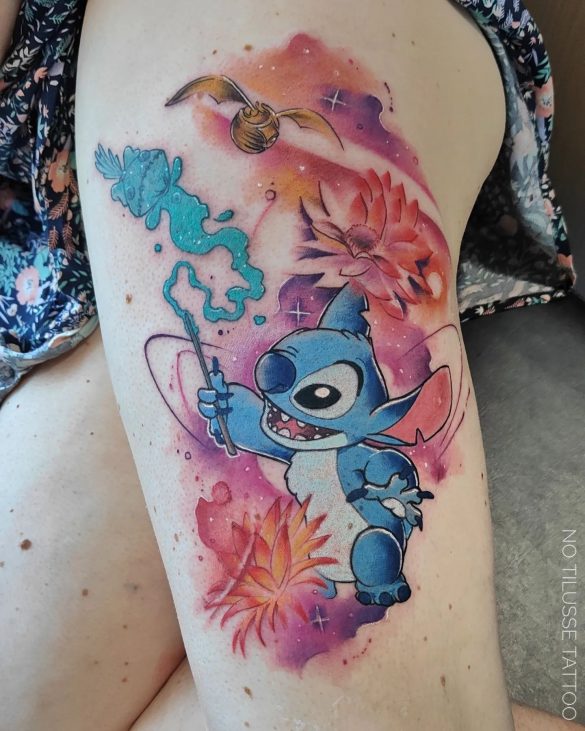 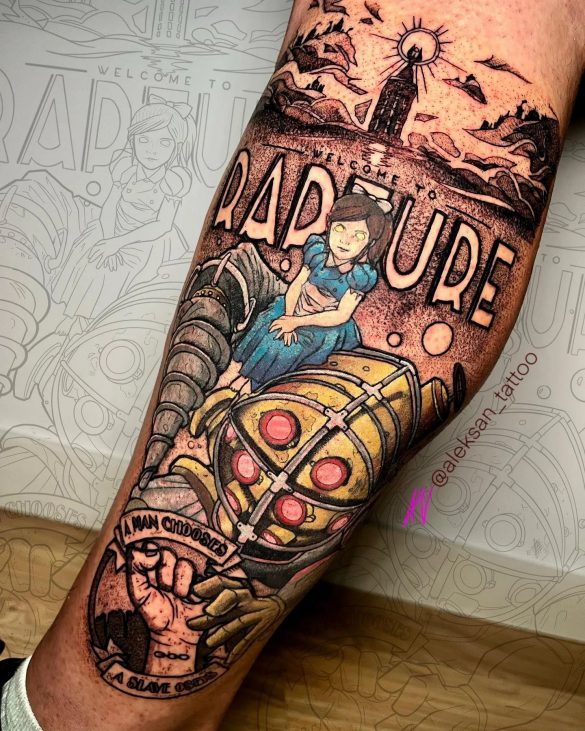 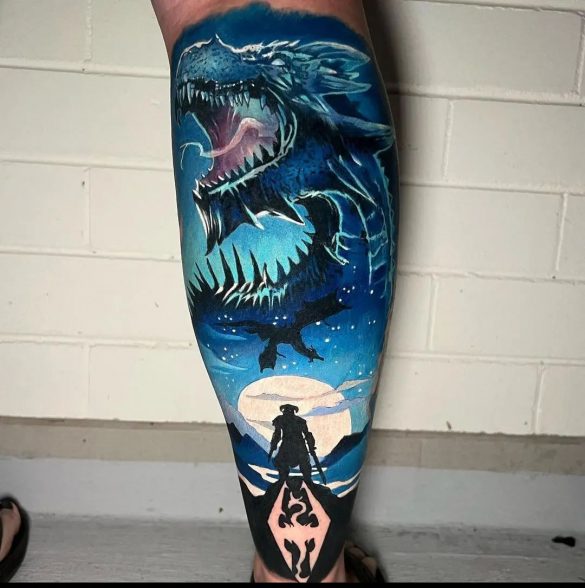 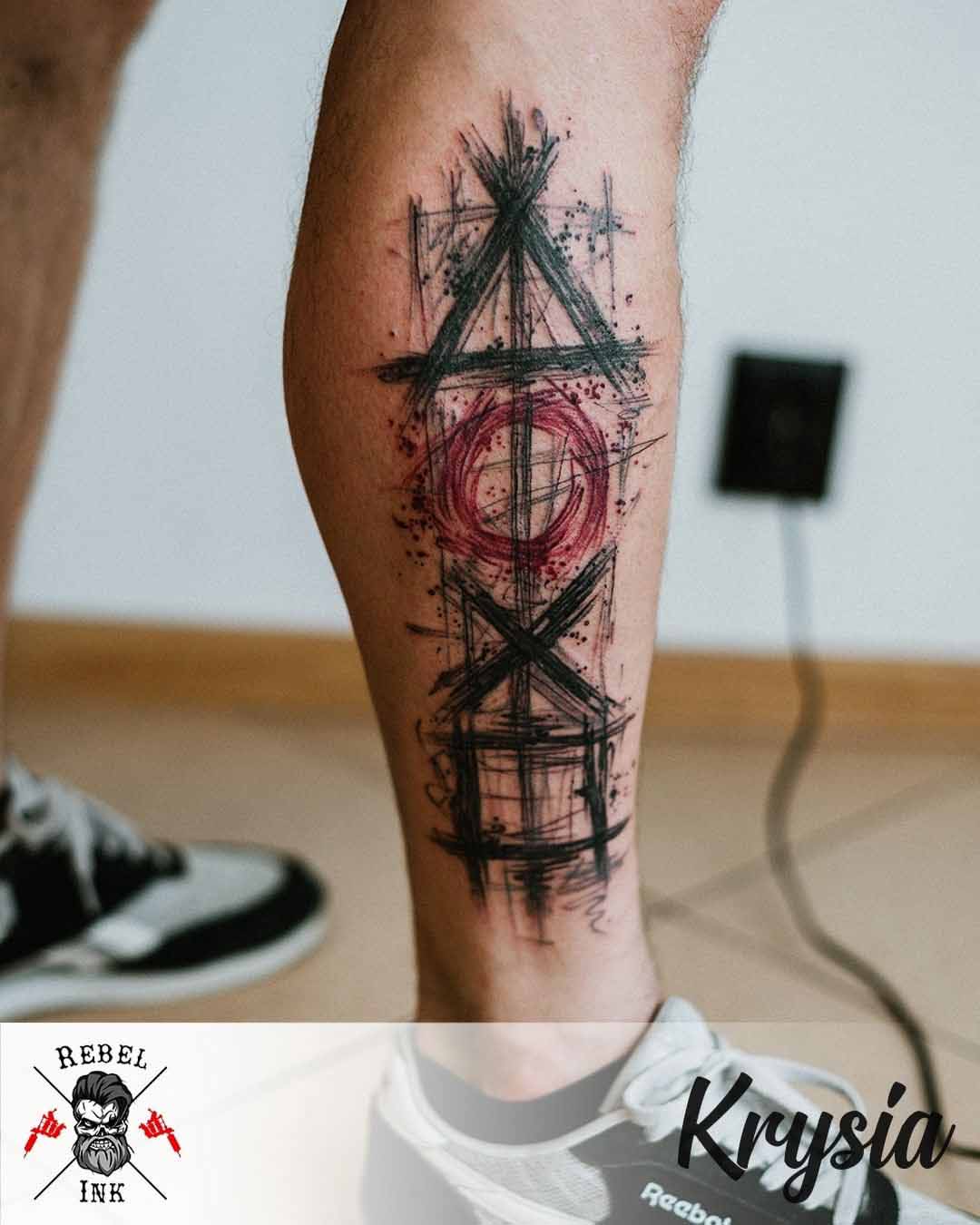 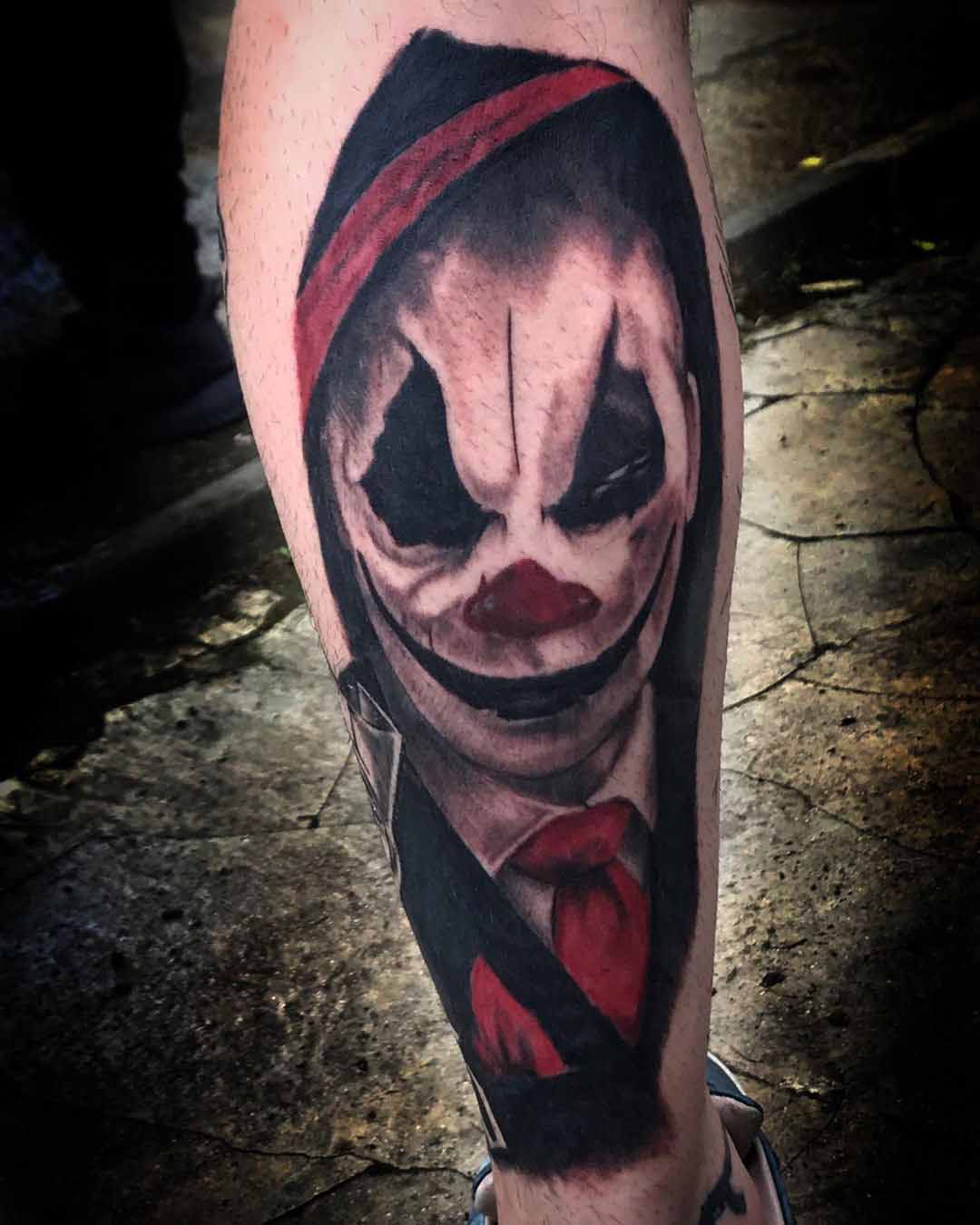 Tattoo of Clown on Calf 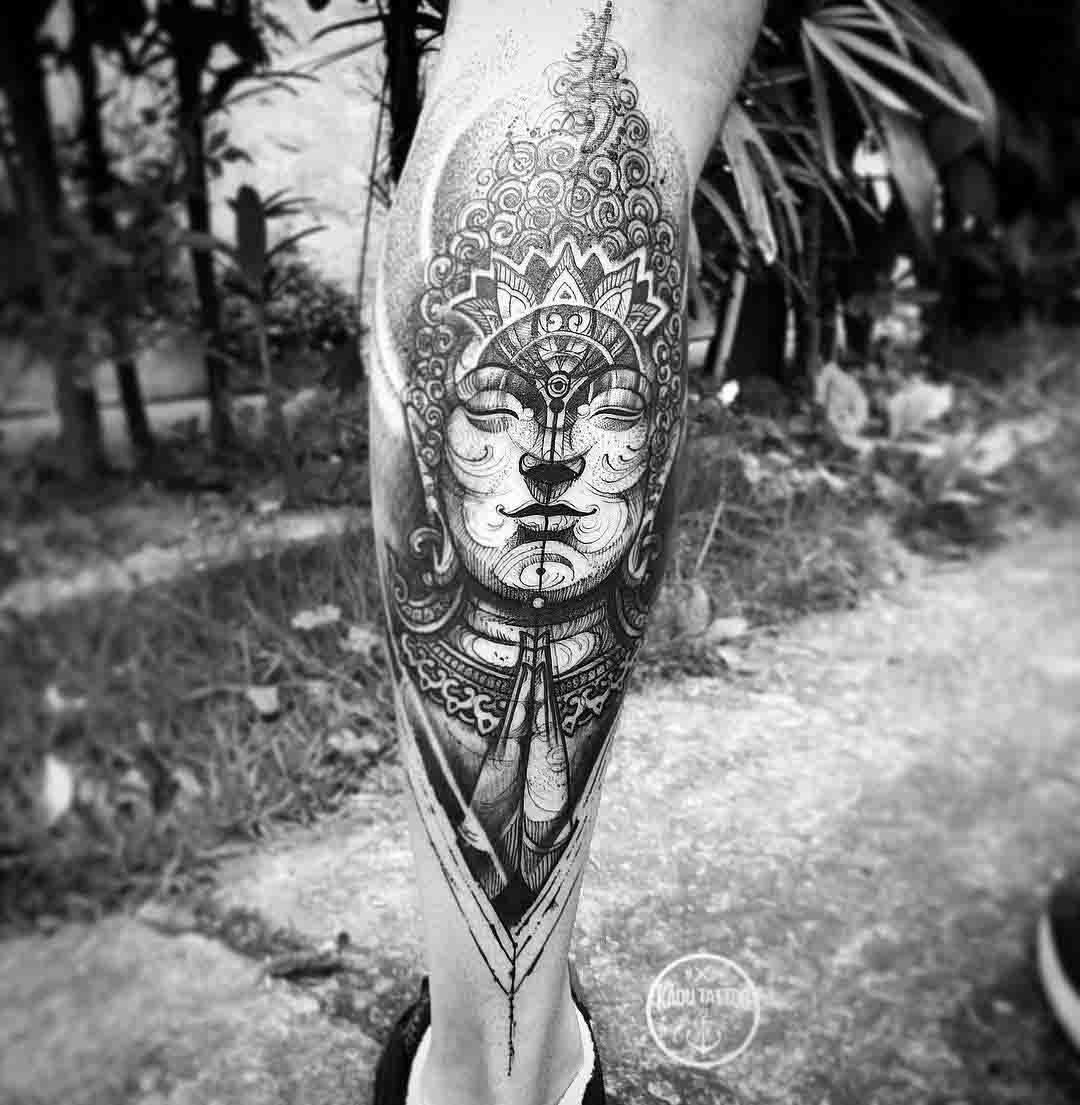 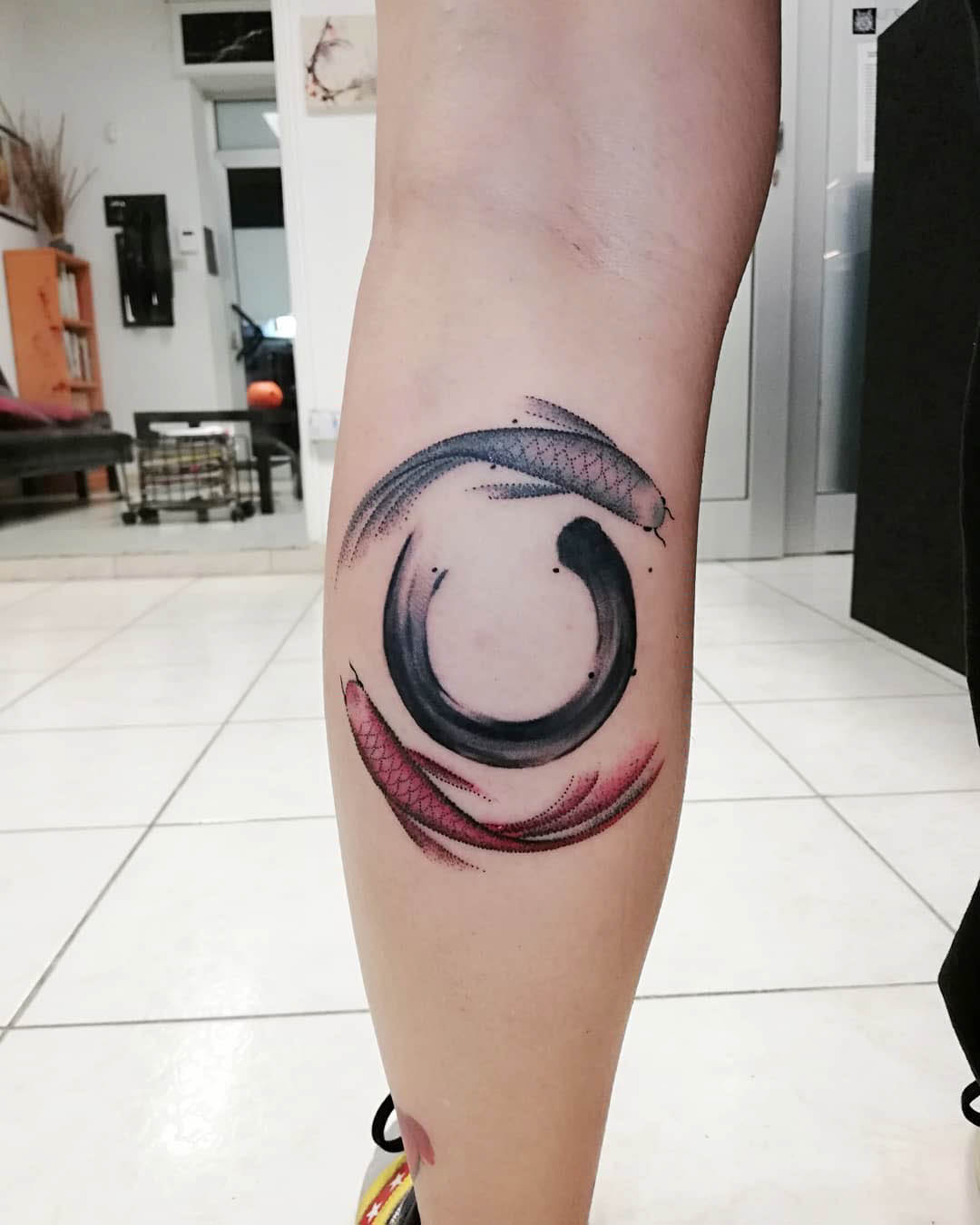 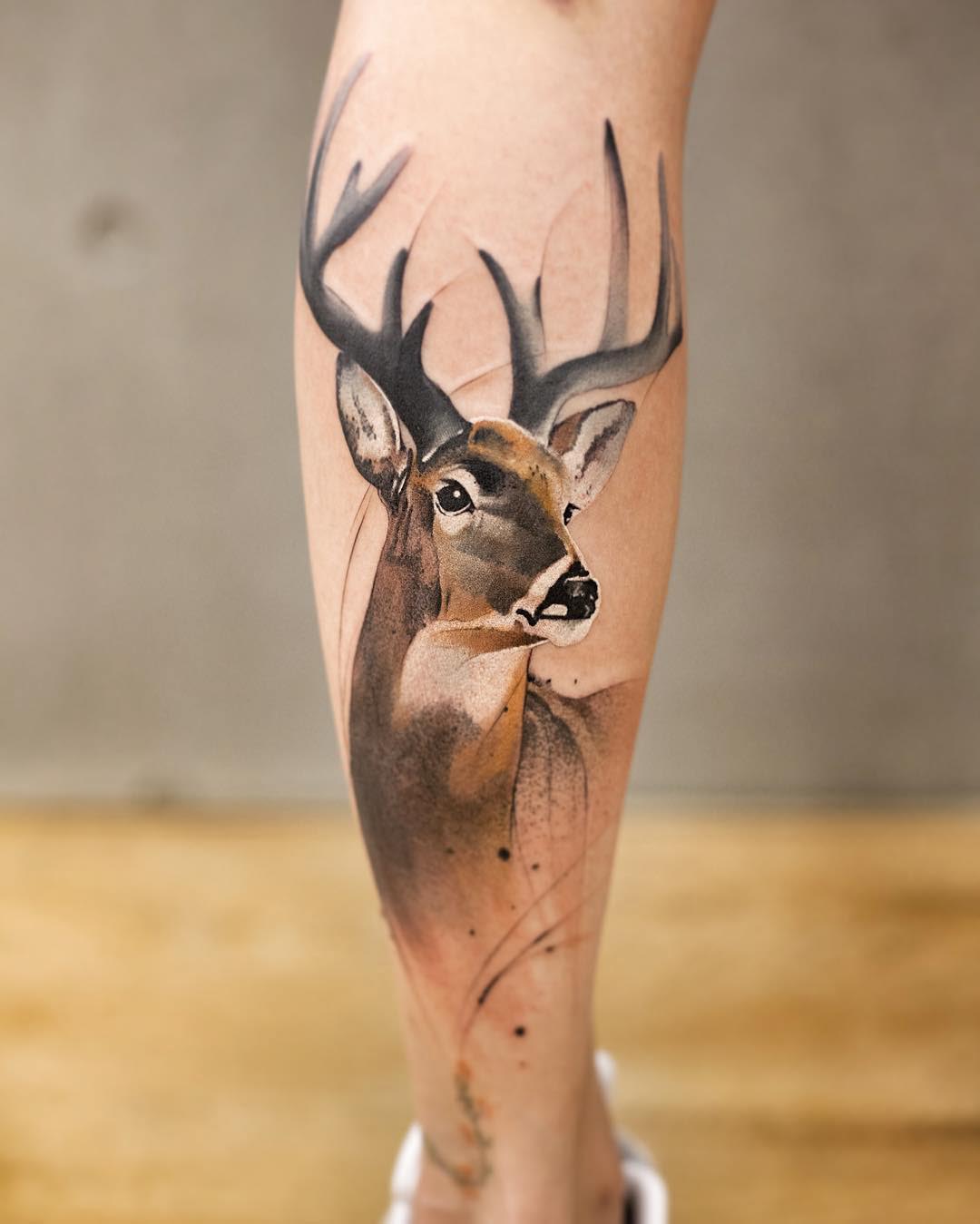 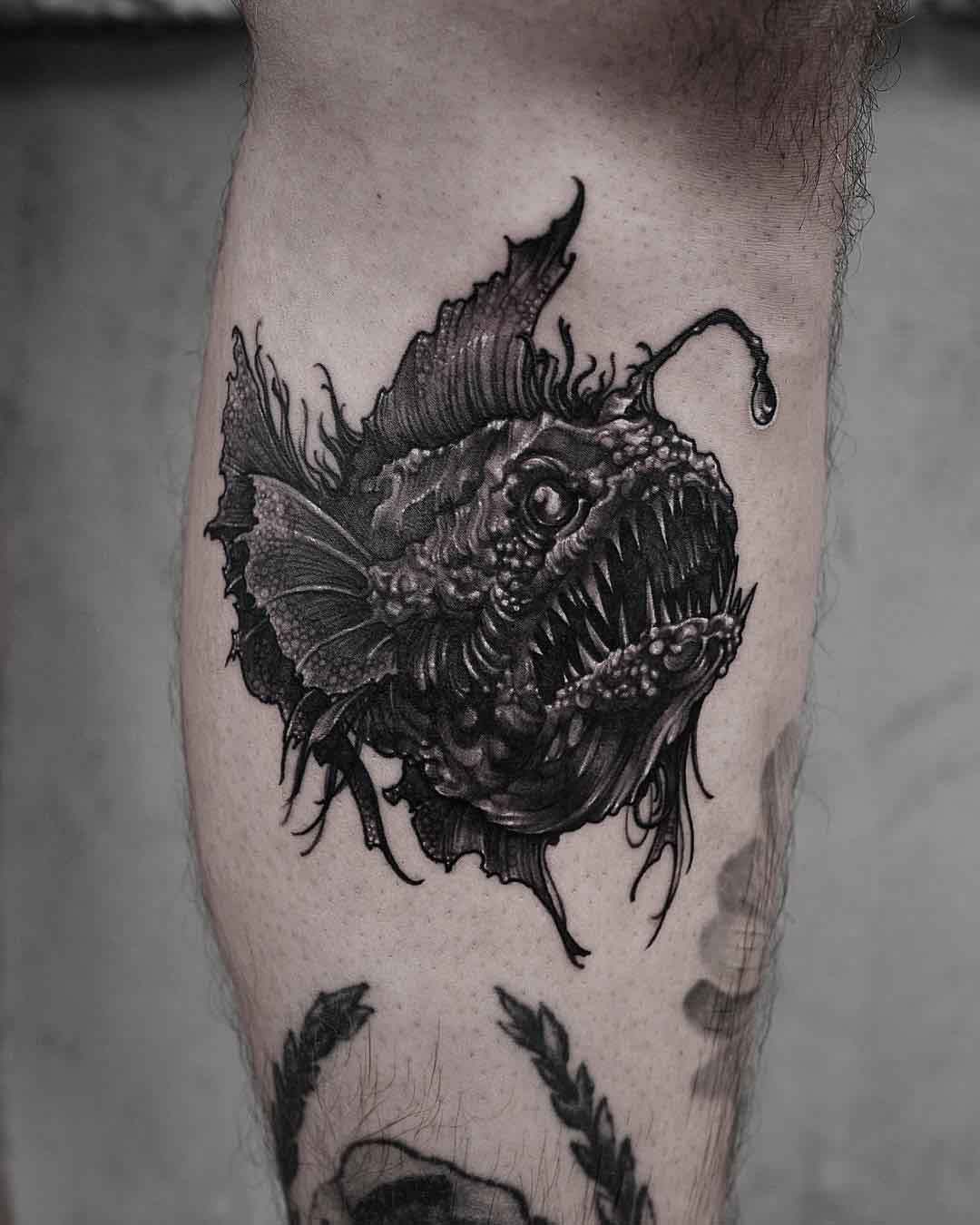 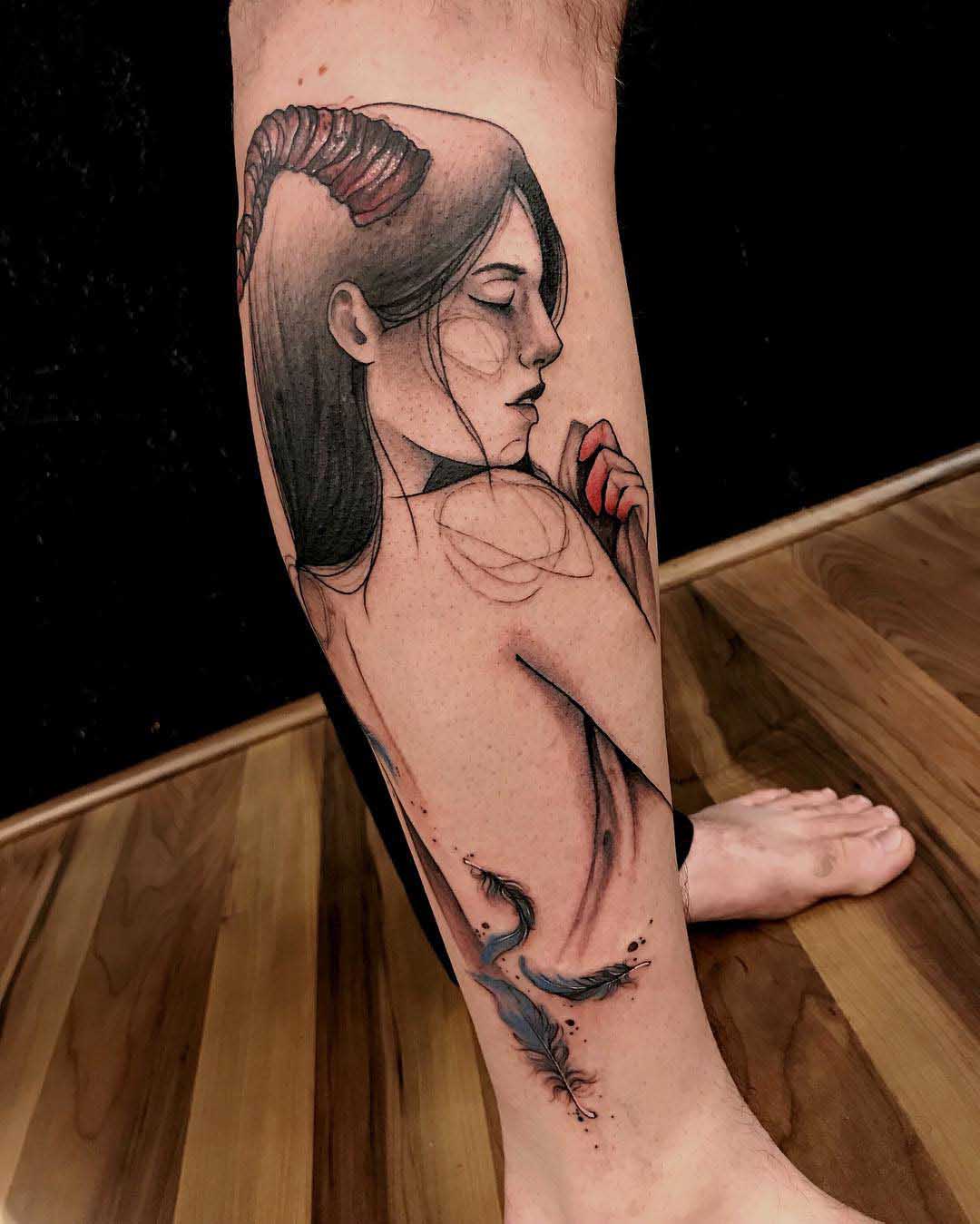 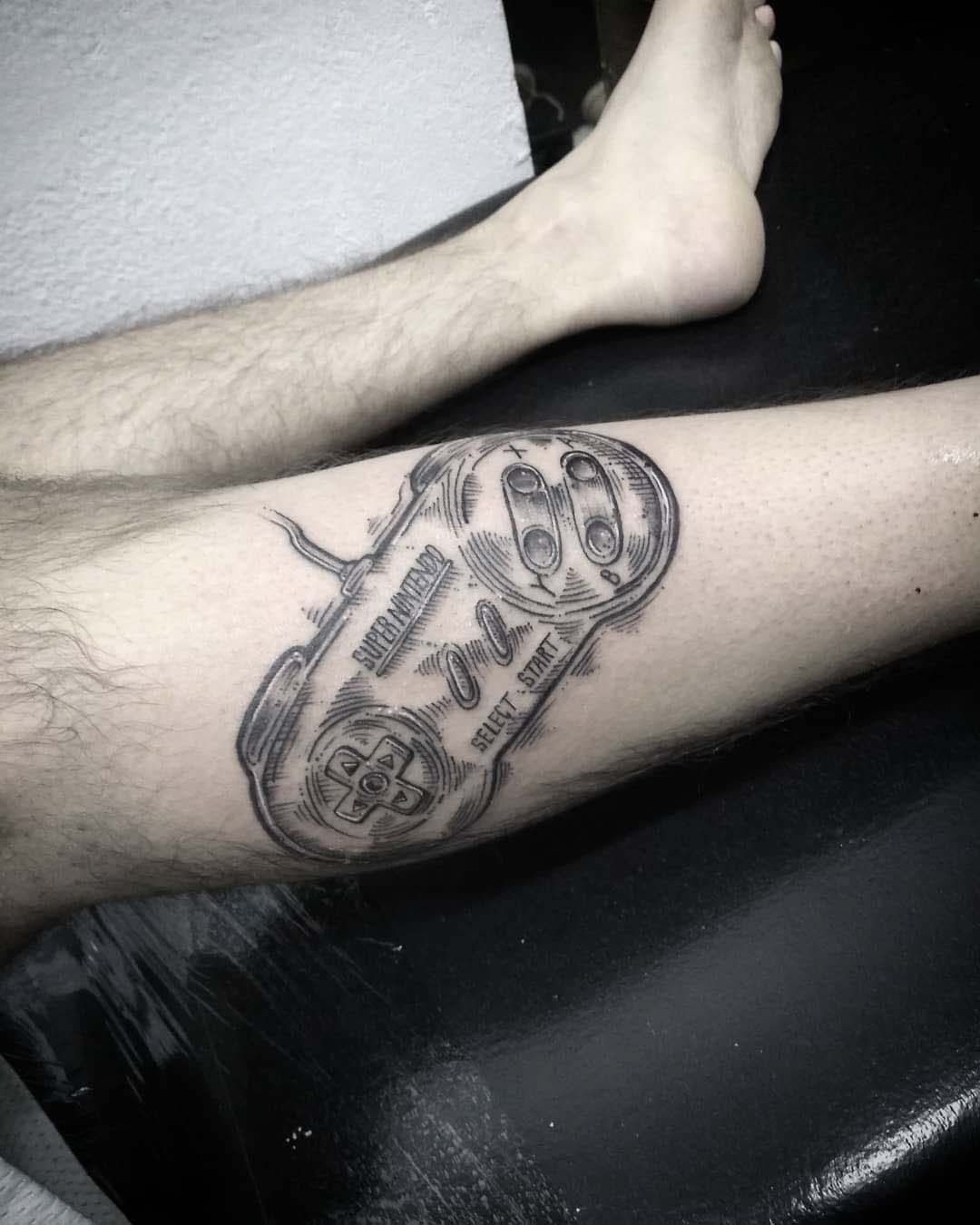 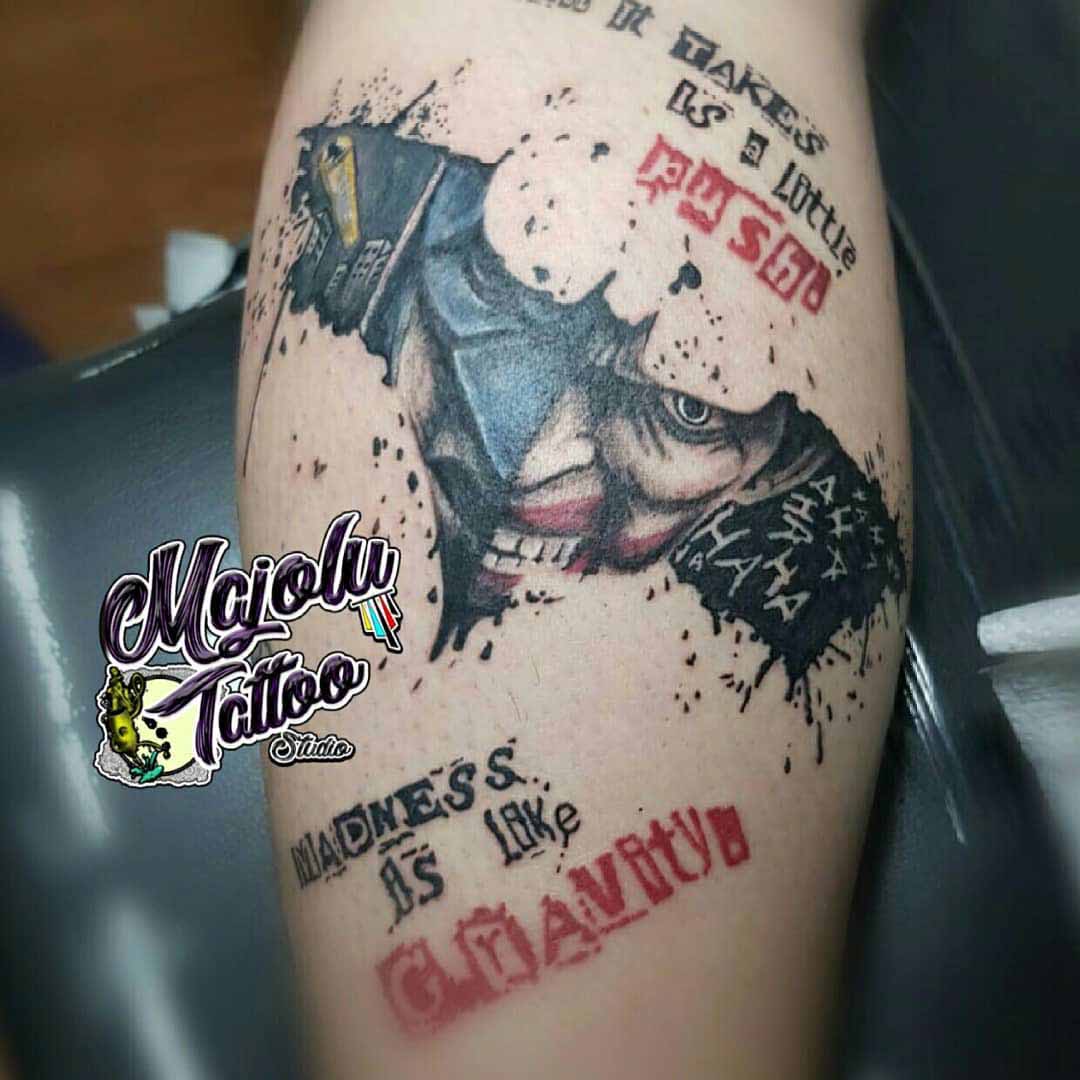 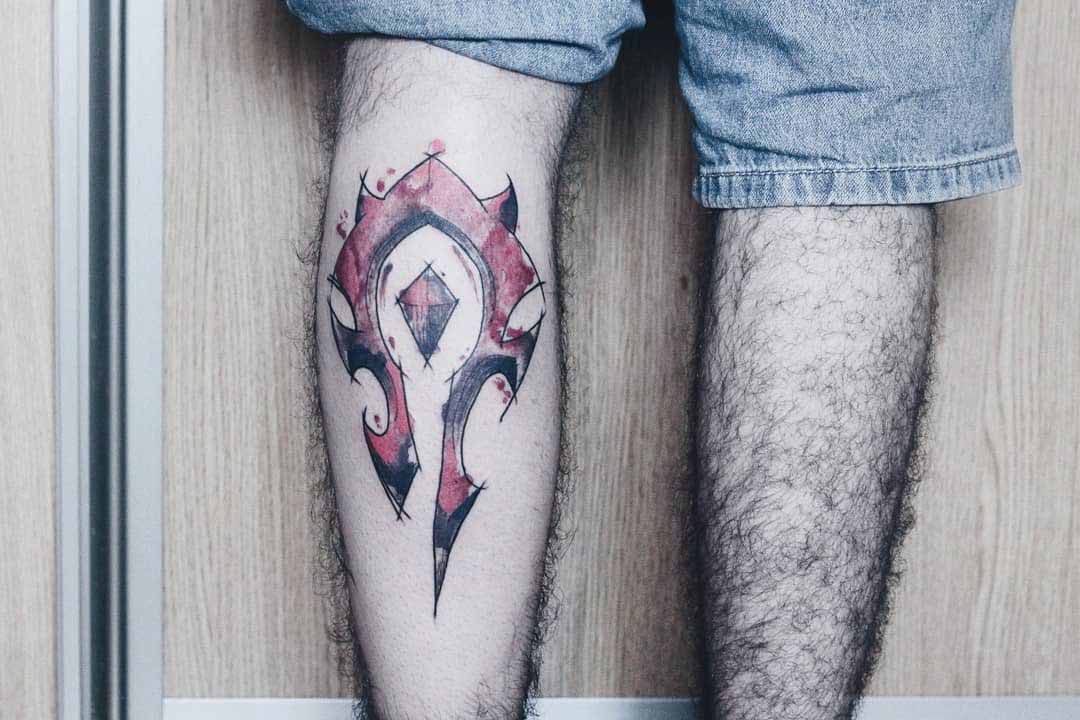 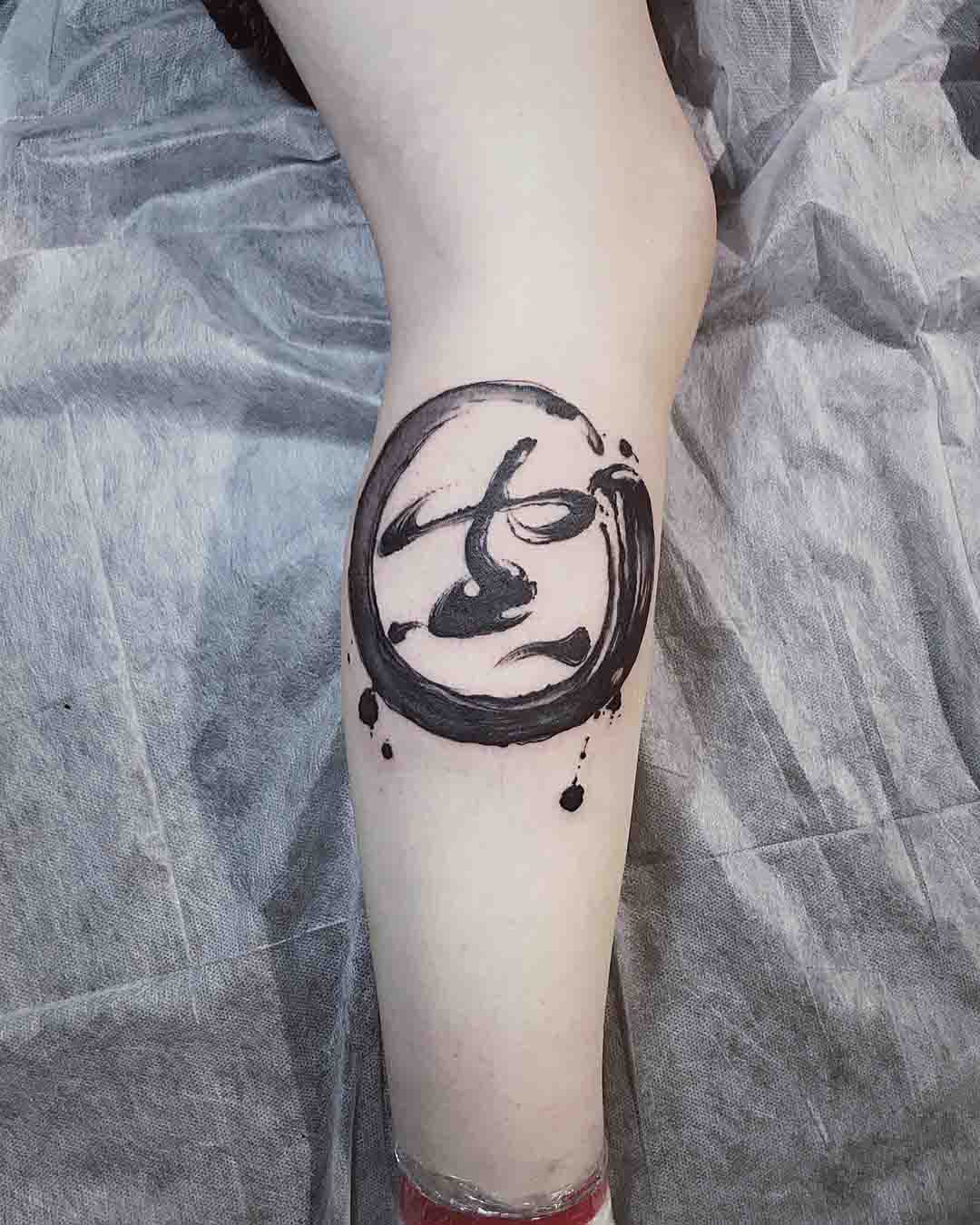 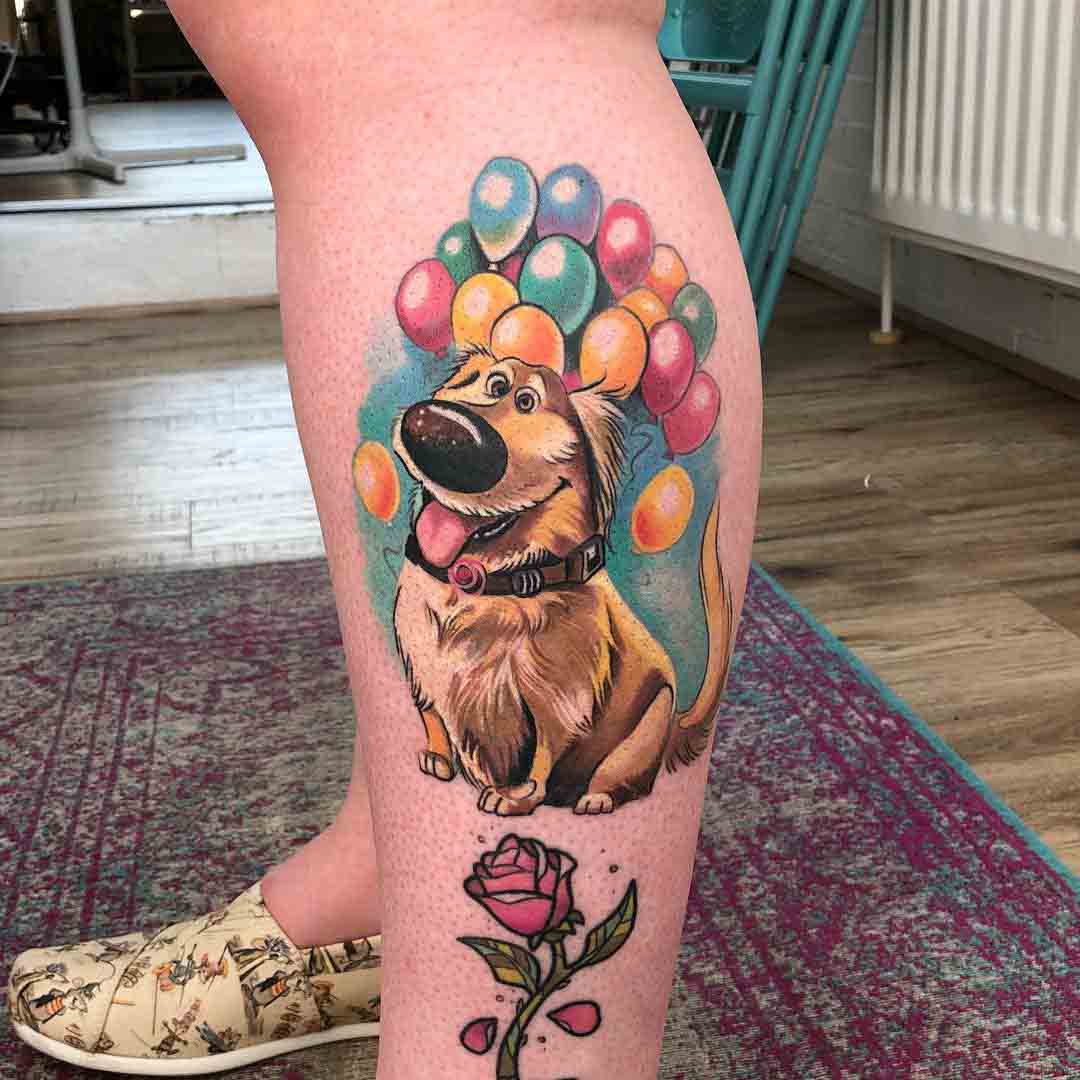