Skull is one of those tattoos, which provoke some mixed feelings about it. In general meaning of a skull tattoo is connected with danger and inescapable death as an ending of a short human life. These topics are not very popular and get the less of discussion in public.

Skull with a crossed bones used to be a recognizable emblem as it was a pirate flag, which in the old days instantly provoked fear in people’s hearts. Skull tattoos are spread among gamblers, especially cheating ones as their lives are constantly endangered with a bad luck. for those people skull in some way became a desperation symbol.
Also, Skull tattoos are considered to be the symbol of truth. At the same time, they appear as to show mercy. This meaning comes from the very beginning of Christianity, as the Bible said that Jesus’s blood after he was crucified flowed dow the crux and washed the skull of Adam – the first man. This way Jesus payed for the first ever sin of Adam and Eve.

In Buddism, some of the cults are using skulls as a charm which reminds if the Sanctity of life. Ancient celts, travelling all over the Europe, thought that it keeps the immortal soul of a person. That’s why they kept skulls of their main ancestors and brave warriors, treating them very carefully and believed, that the one who carries someone’s skull gains all his powers.

Also, It can symbolize not only the death but immortality. If there is a snake coming ou of the skull eye hole it usually means wisdom and that our knowledge and experience continue living on The Earth after we pass away.
As a conclusion, any person making a Skull tattoo puts unique and personal sense in it. It can be made in memory of the dead relative, for someone it can be a symbol of blind rage and hate. That’s why the skull is one of the universal symbols in a tattoo art. 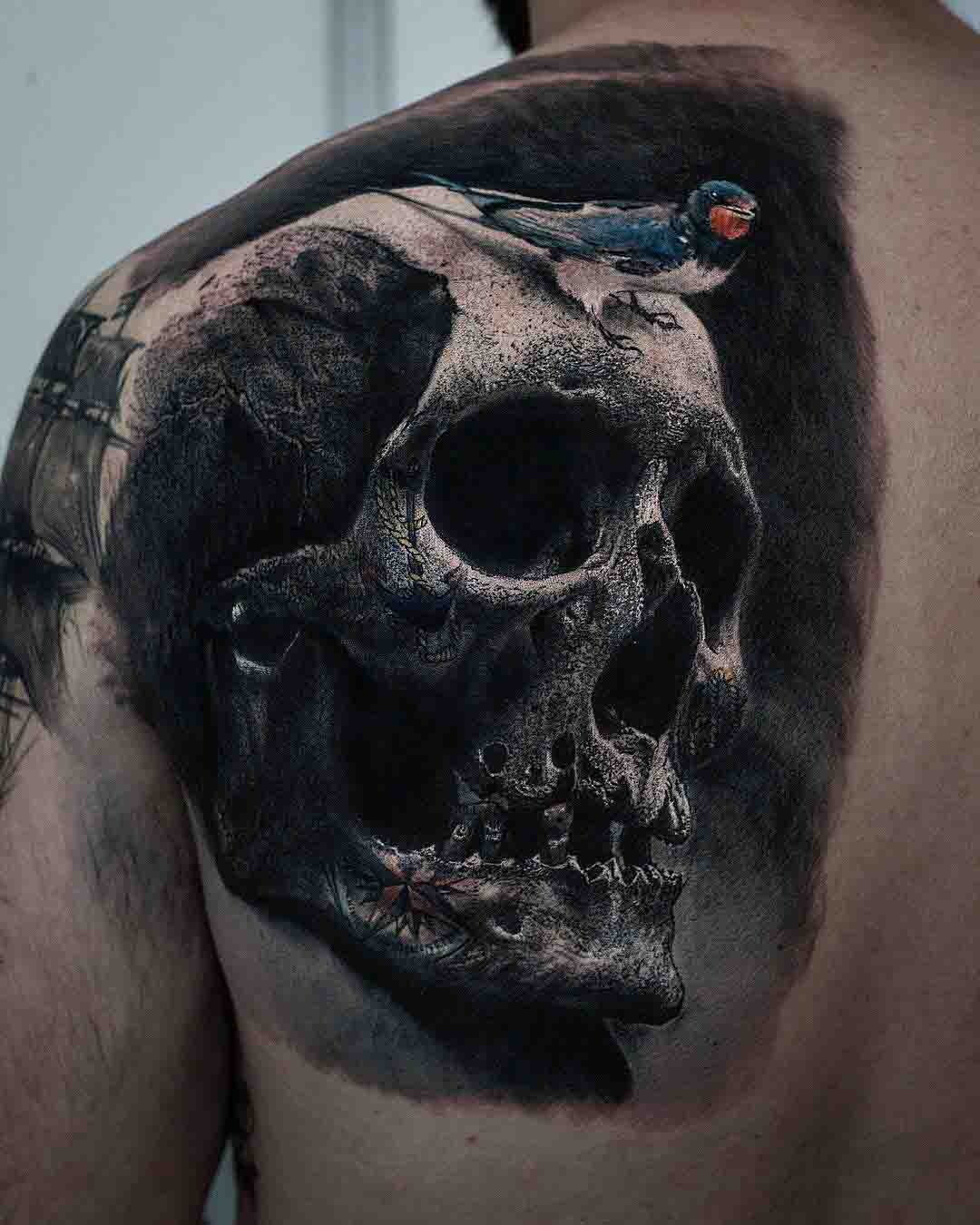 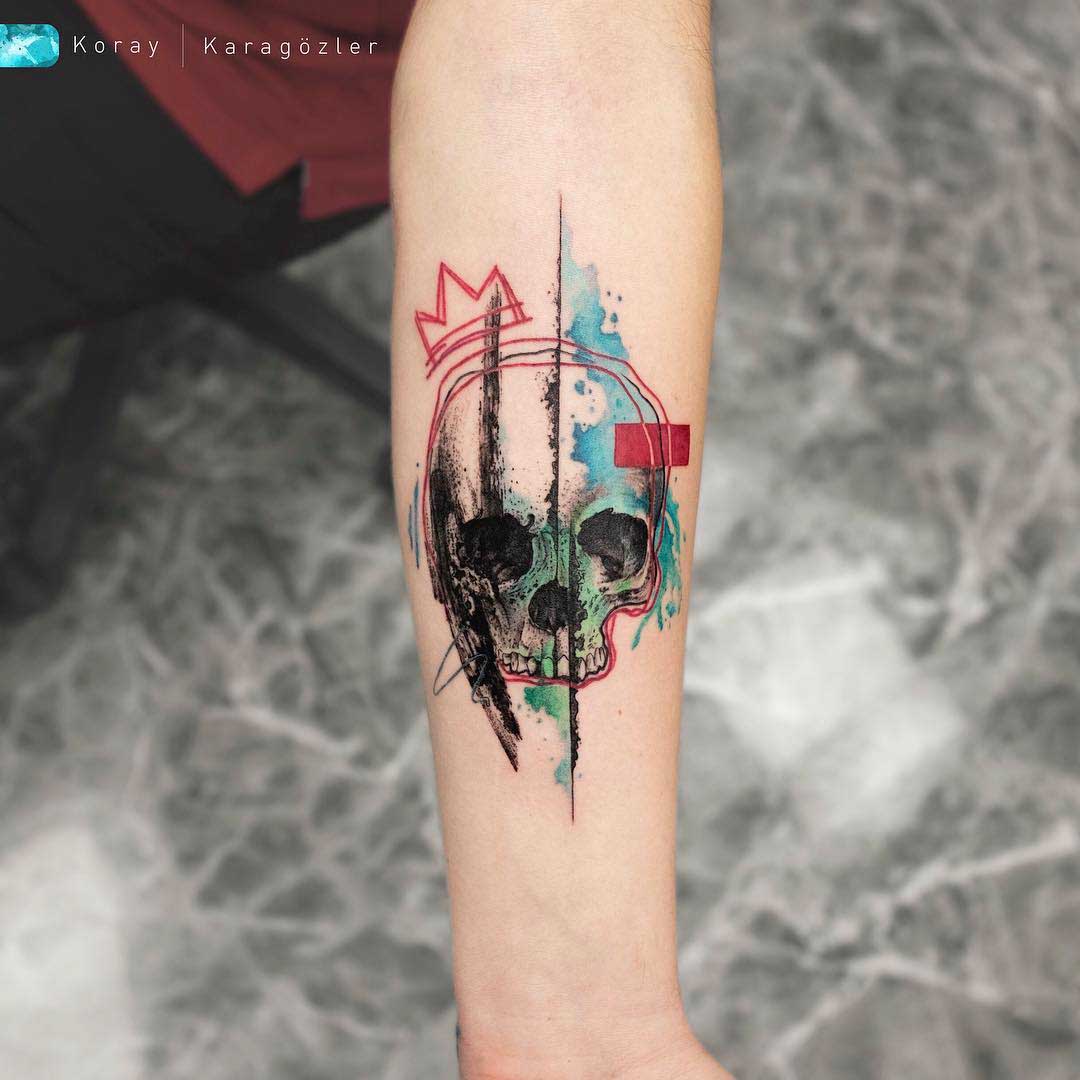 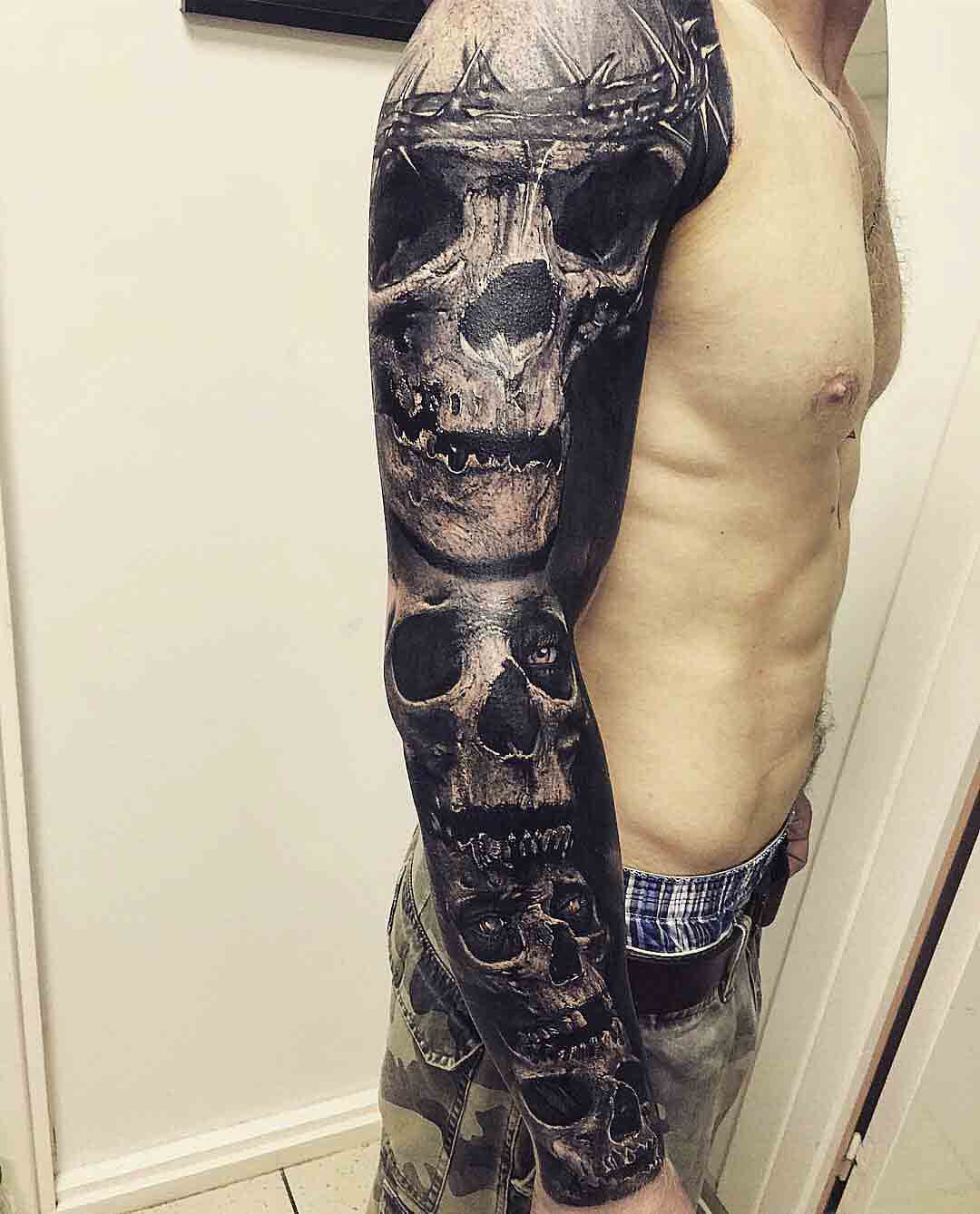 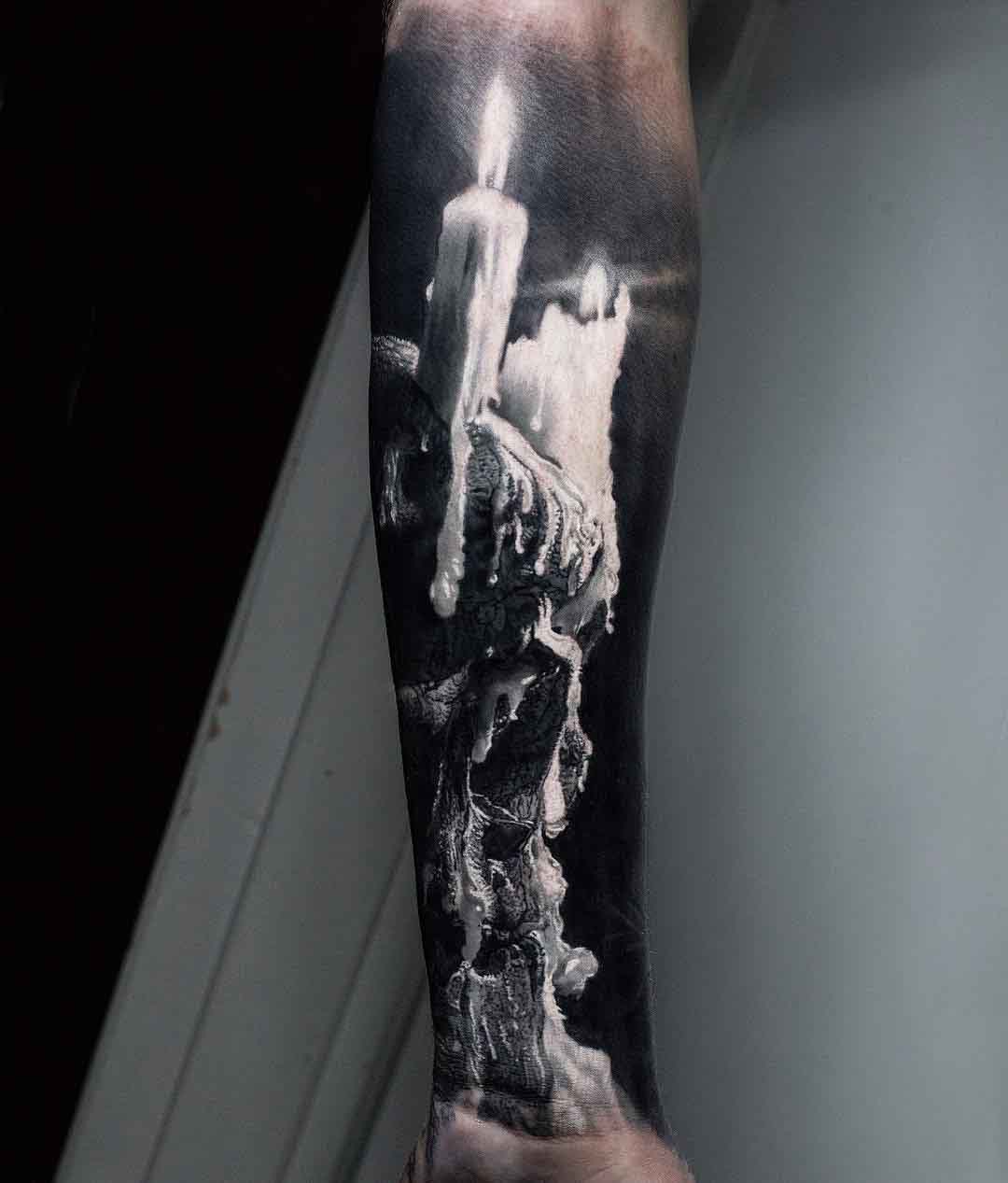 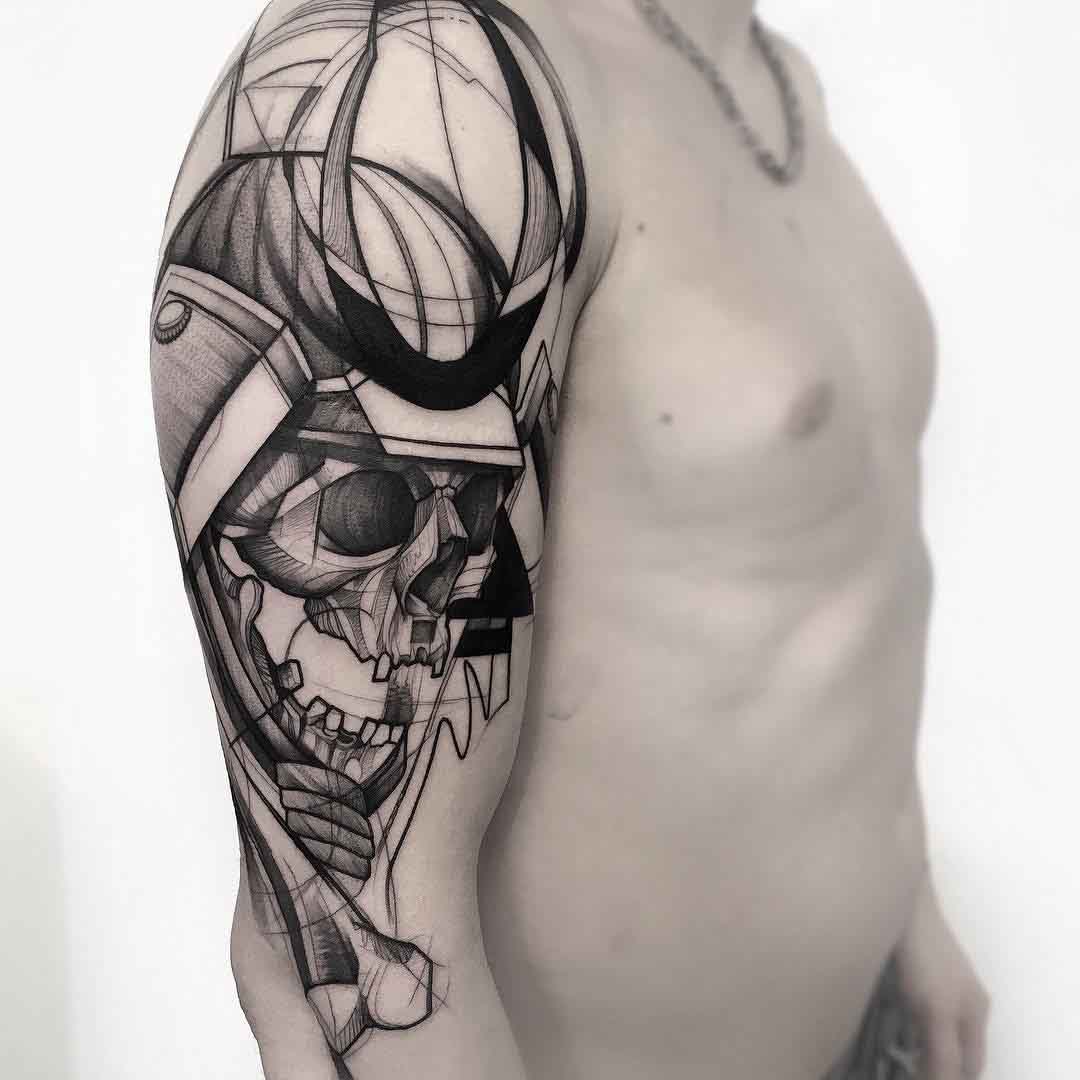 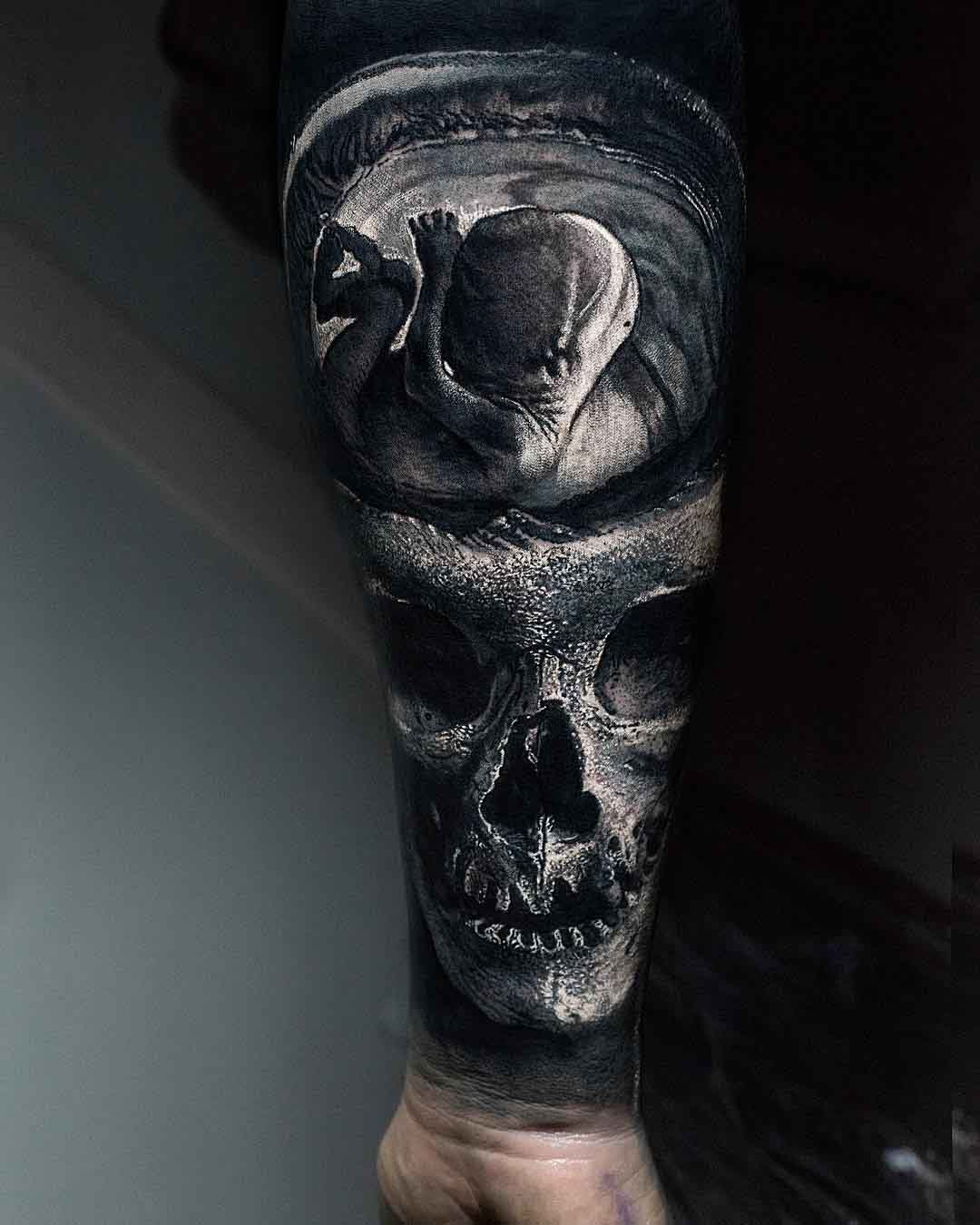 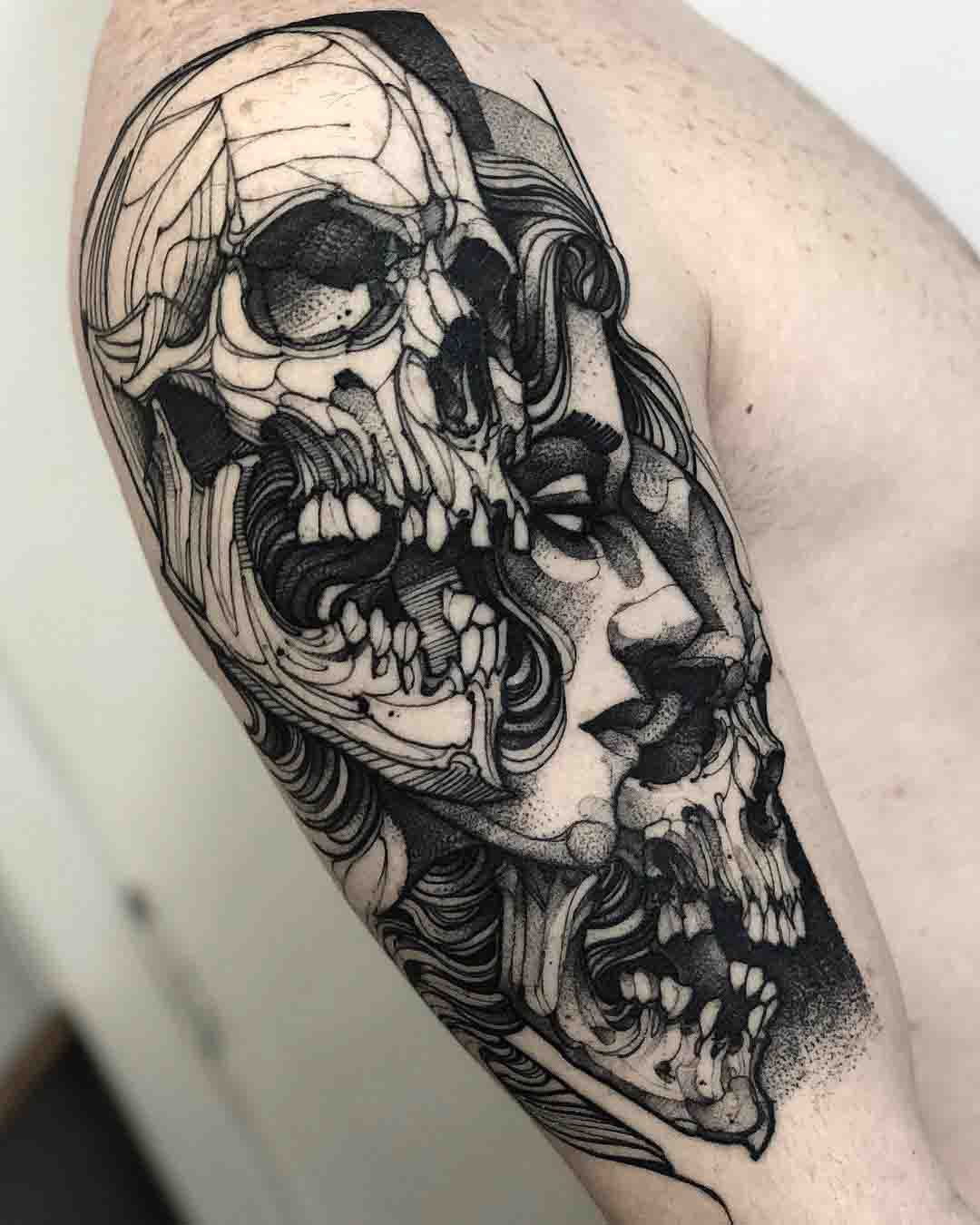 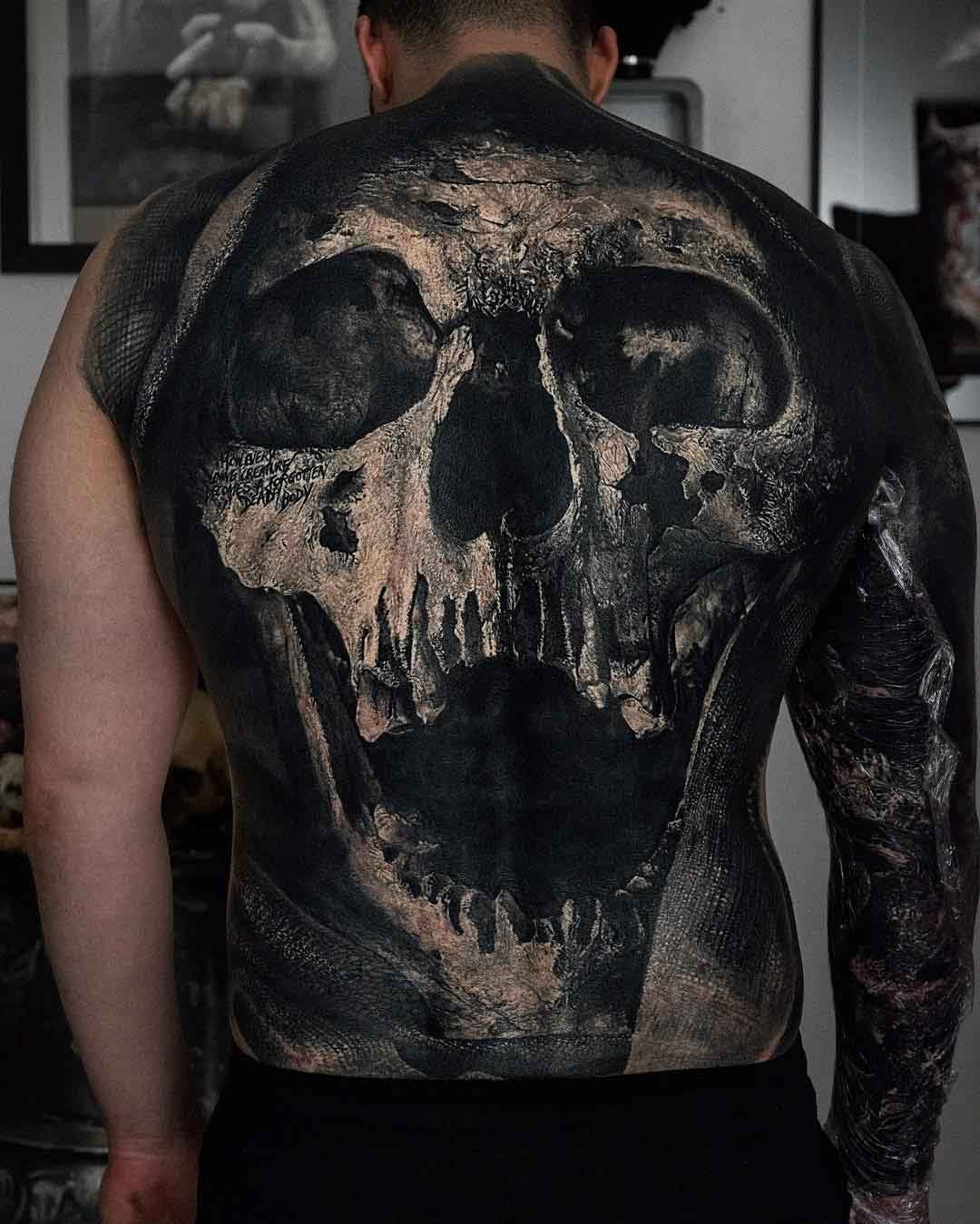 Reaper’s Face Tattoo on Back 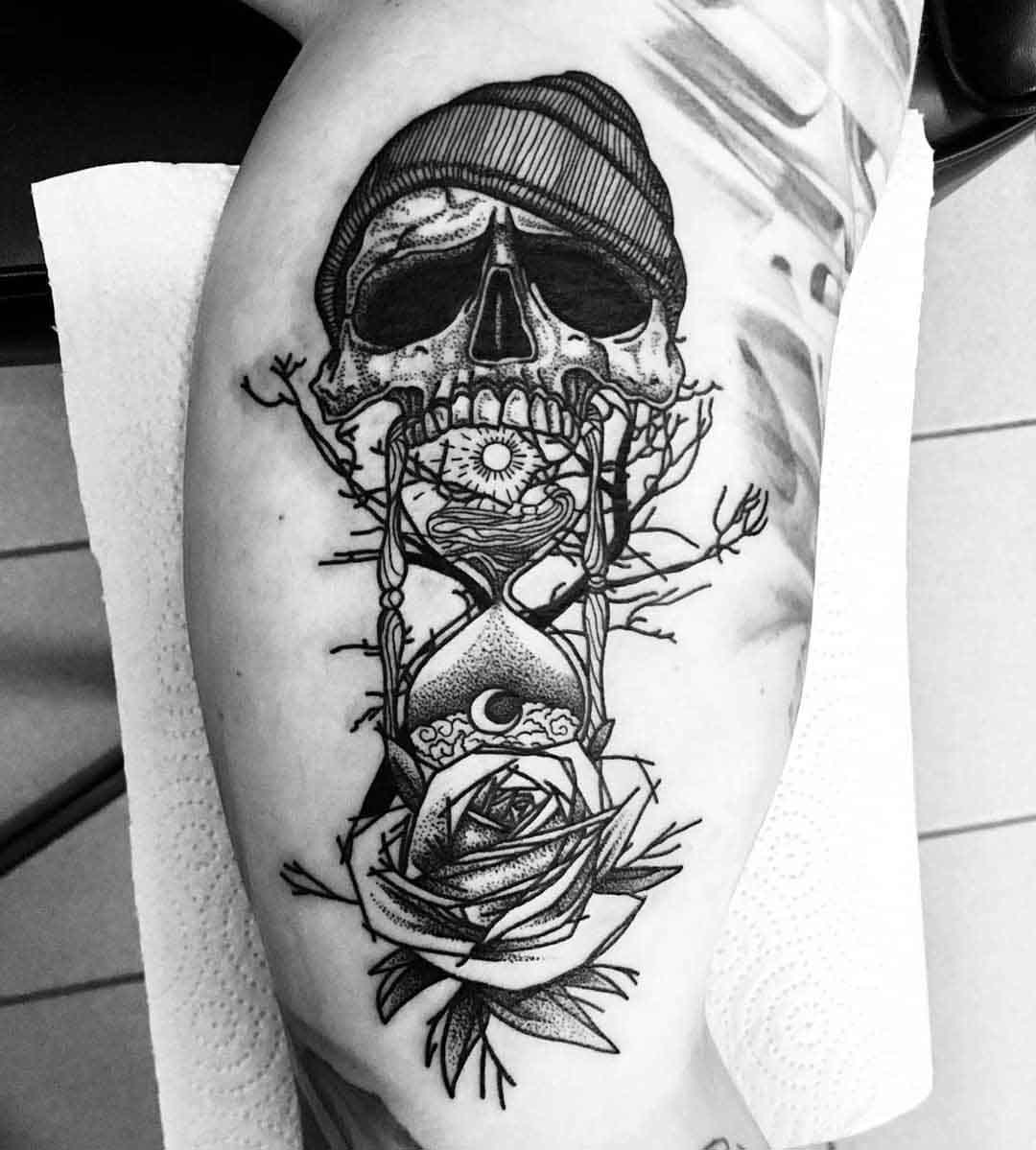 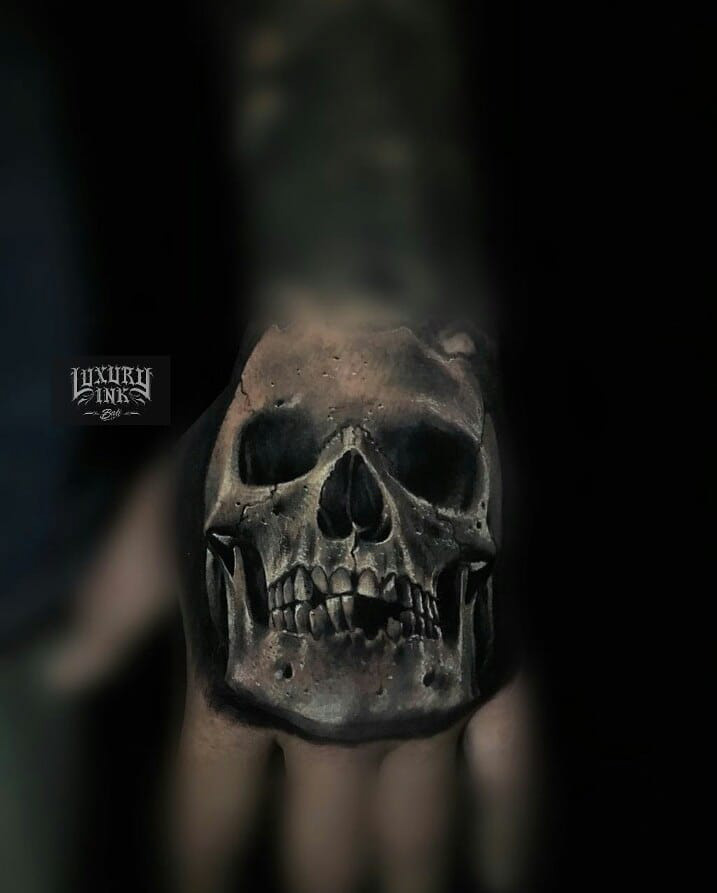 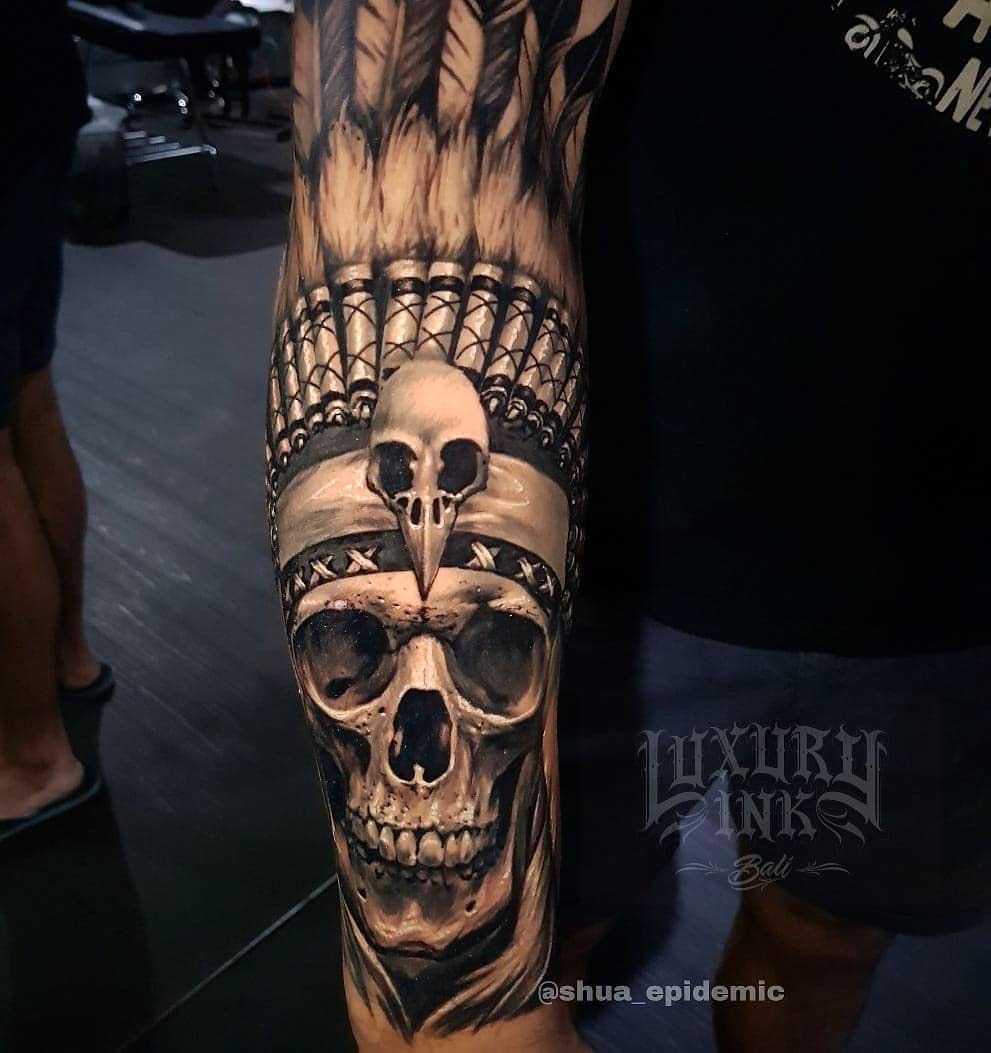 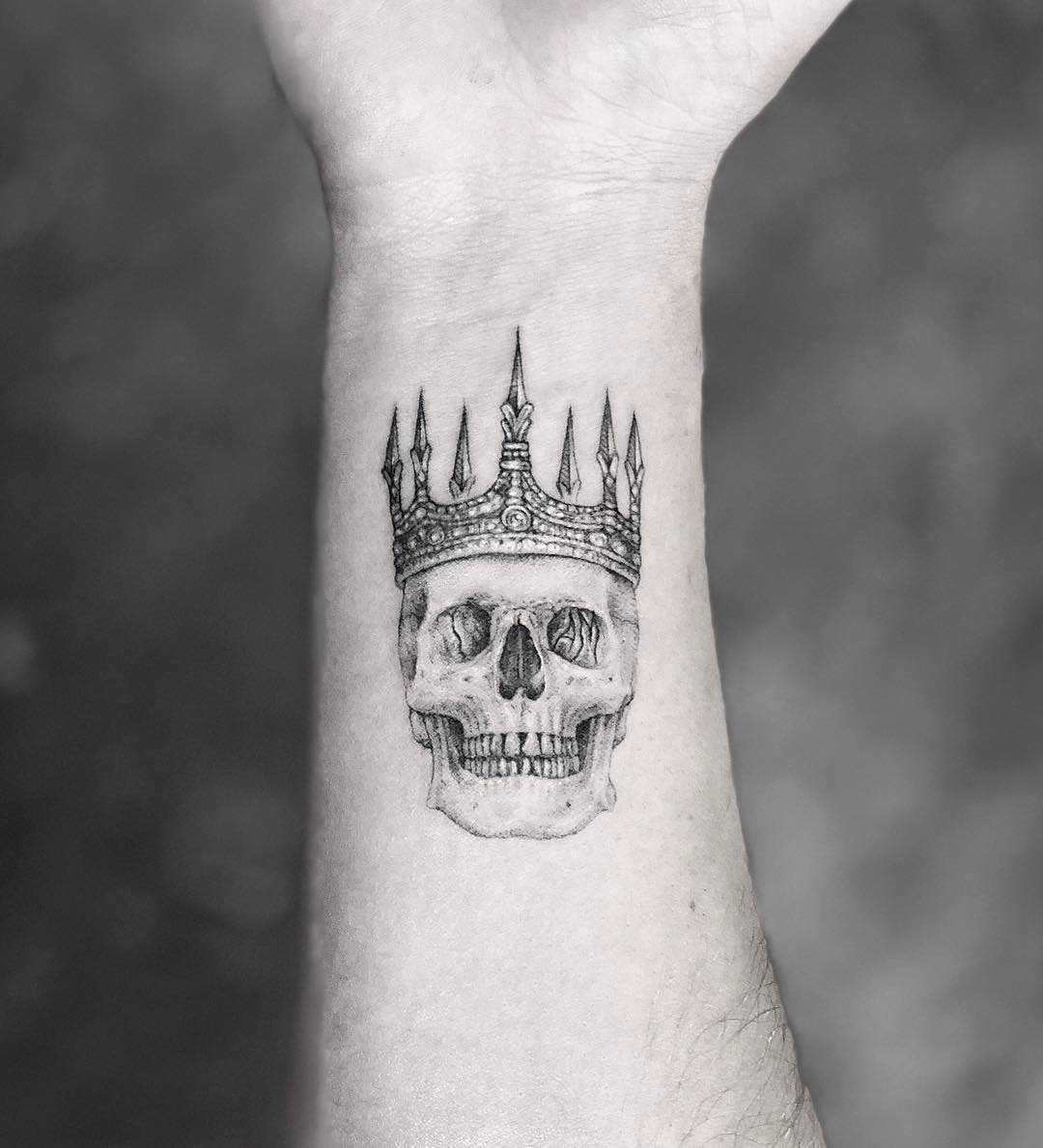 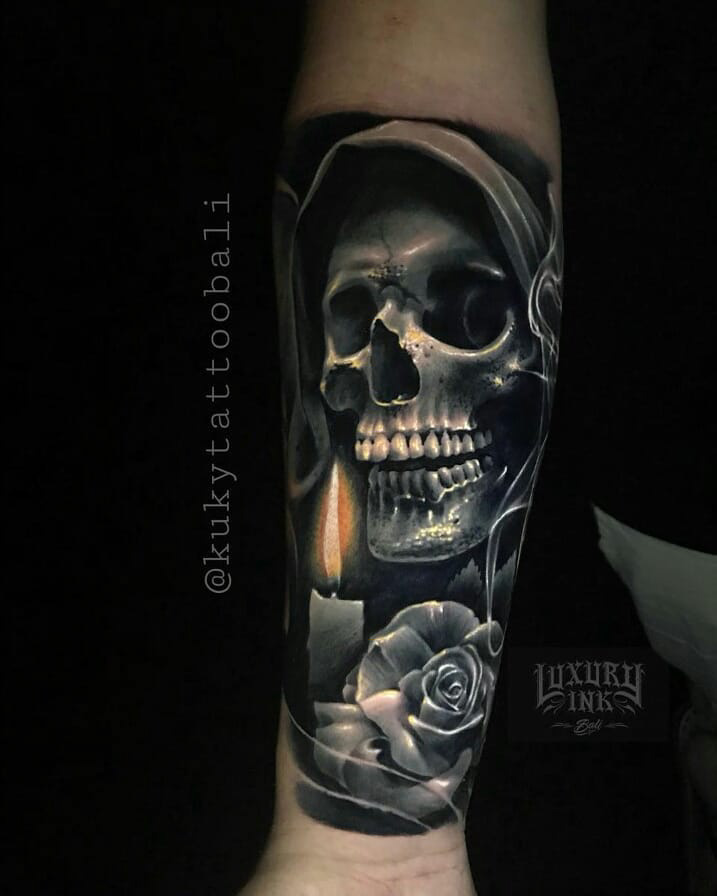 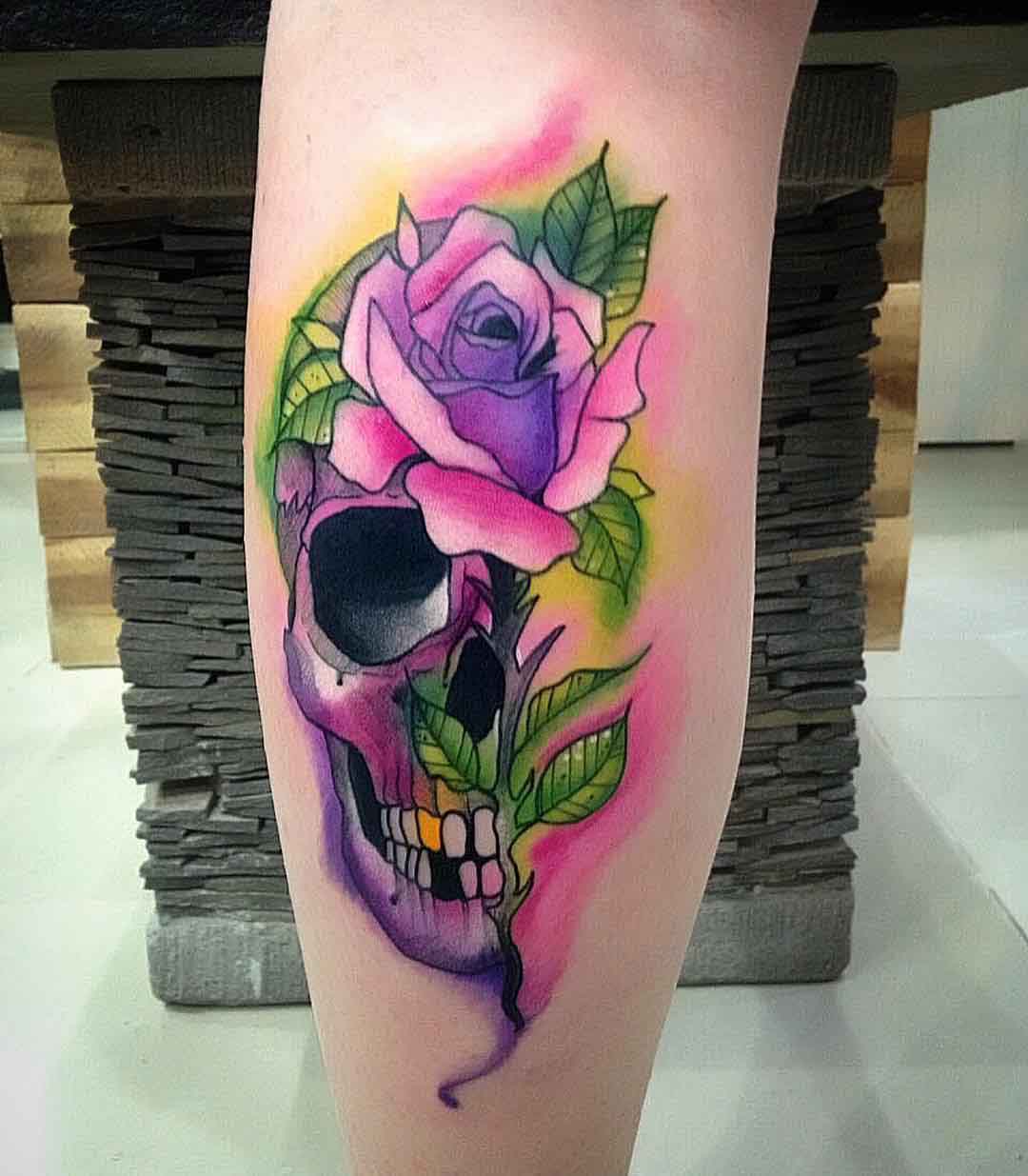 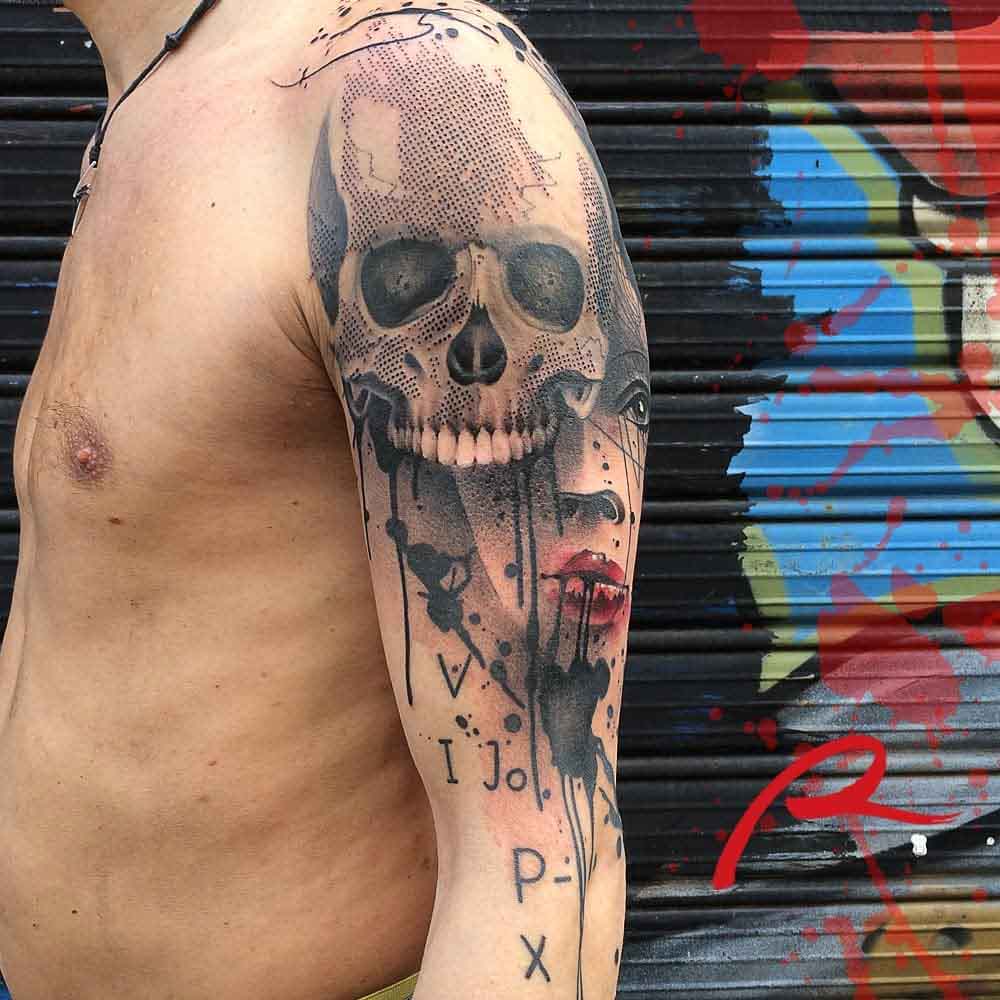 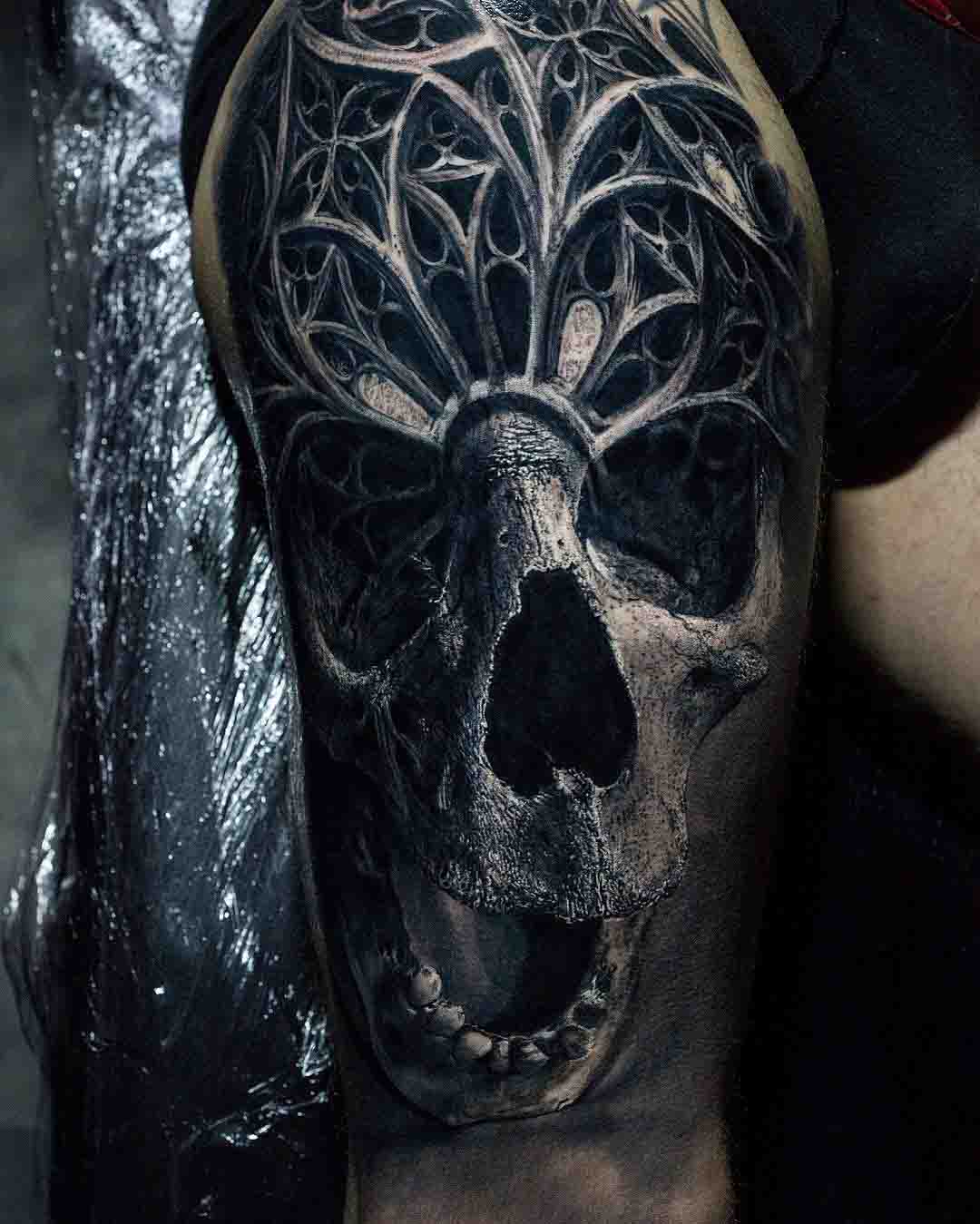 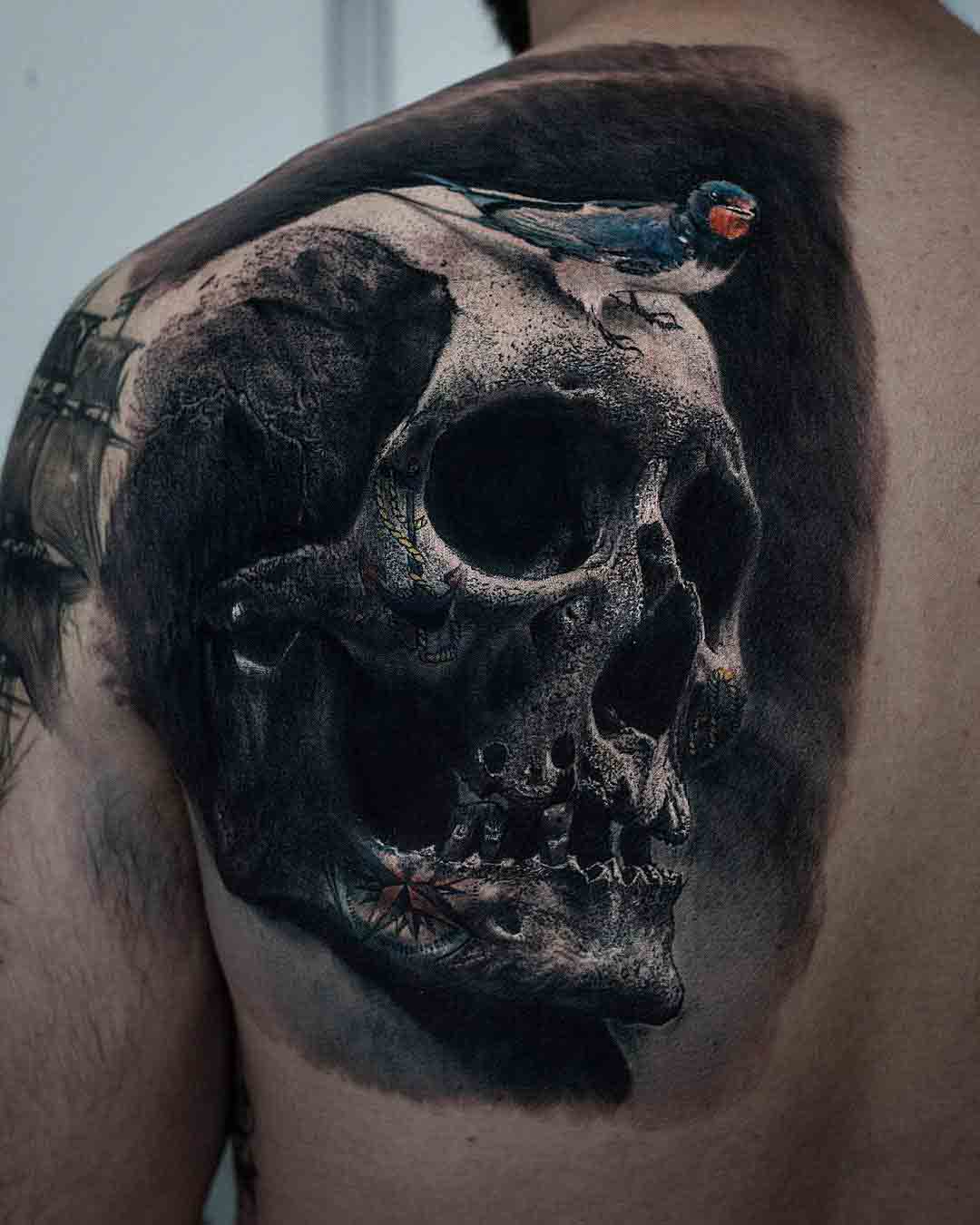 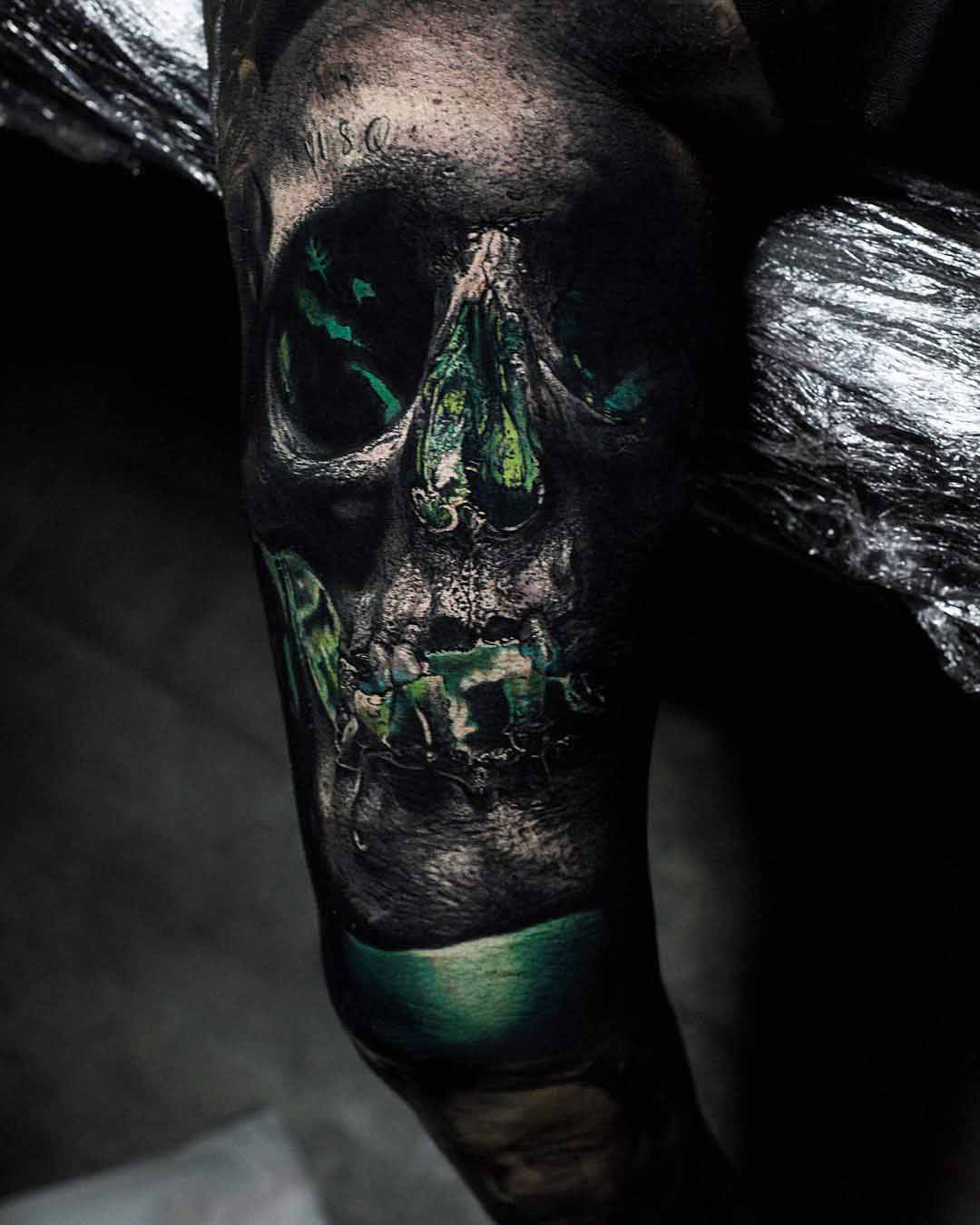